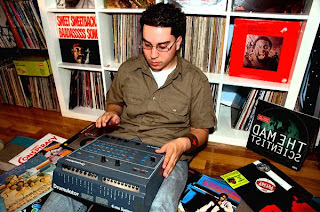 Claim to Fame: I’m a DJ /Producer who has worked with El Da Sensei of the Artifacts, Princess Superstar, Biz Markie, Kenny Dope, Diamond D and others. I also have a critically acclaimed break CD called Papi Chulo Breaks Vol.1. 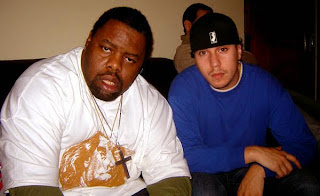 Maleet In The Studio With The Biz

Representing: I’m from Hillside and currently residing in Elizabeth, NJ.

Best Digging City or Town: Haven't found it yet.

Most Prized Piece of Wax: Skip Jackson and The Natural Experience “Microwave Boogie” 12", which was given to me personally by Stan Krause, owner of Catamount Records.

Favorite Album Cover/s: Jimmy McGriff’s Groove Grease, Salsoul Orchestra’s Nice N' Nasty (you have to open the gatefold cover to display the whole picture), Iris Chacon’s Am I a Tease?, and Iris Chacon’s self titled album. 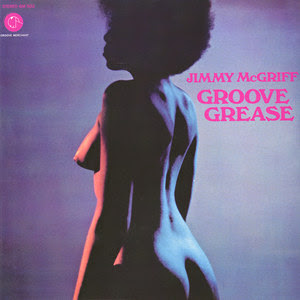 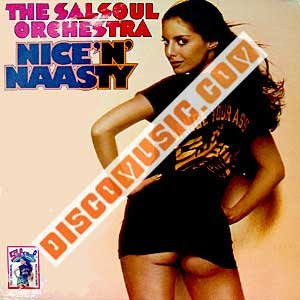 Dollar Bin Miracle: Too many to name but I guess I'll say my Lamont Dozier “Going Back to My Roots” Promo 12". 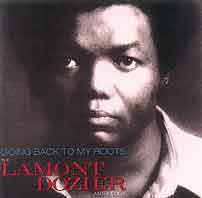 Best Digging Story: My wildest digging story has to be this time I went digging in North Jersey. An old man owned the shop I was digging at and I had a decent relationship with the guy. He had a small store and too many records. You couldn’t even walk because there where records on the floor in stacks and shit. Usually I’d spend the whole day there and I noticed that he had a back room with more records. It was dark as a motherfucker back there and he had no electricity running to the back room.

One day he got distracted by some customers and I made my way back there. I couldn’t see shit, so I just grabbed a big ass stack and got out of there. He caught me and started scolding me like, "I said nobody can go back there!!!" I apologized and acted like I didn’t know. When I sifted through the stack I found an Incredible Bongo Band Bongo Rock sealed! The owner did all of his pricing visually at the last moment of purchase and when he rang me up; he only charged me two bucks. I felt like a champion that day man. I felt like I was meant to have that record. It was divine intervention. 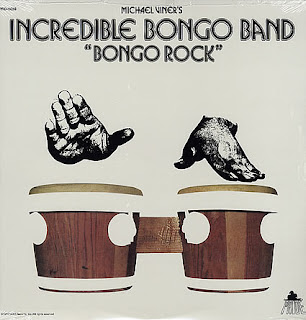 One more thing…I want you to put this in your article. One day I got a call from Jared of Sound Library fame at Big City Records in Manhattan. He said, "Maleet, there are these producers trying to get in touch with you because they sampled a track off of your Papi Chulo Breaks CD. I was like, “What?! Who the fuck samples off other DJ's break CD's? That shit is against the rules.” He said, "These dudes have a name for themselves, so don't let them go easy". 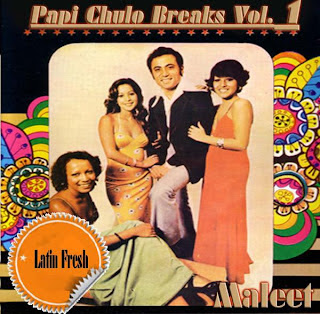 It turns out that these fucking bastards are none other than Sean C and LV of Diddy's American Hitmen producer team. These pieces of shit are responsible for tracks on Jay Z's American Gangster album and Ghostface's new album. I said to myself, “Ok, I'm gonna charge these bitch ass niggaz.” About 3 months later Sean C calls me up like, “Yo, what’s up, I sampled something off of your CD and was wondering if I could get an ID on the name of record". I said, “Well, how much are you offering? Because the way I see it, if it wasn't for me going out and diggin’ for that record and then making my mix CD, you would’ve never made that beat. So I want my fucking cut." He stayed quiet for a second then asked what I wanted. 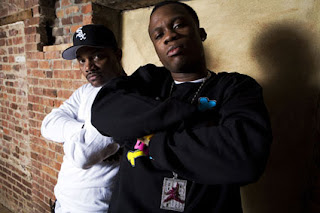 From there on I took his math and had my lawyer call him and litigate with him. Dude thought I was some chump that he was gonna get over on. My lawyer told him that I wanted five grand. He started laughing and said that he could find someone else to ID the record for clearance. I know he can't find anyone to ID that fucking record. I'm known for the Latin shit, and that’s no ordinary Latin record. Good luck trying to place that beat with no sample clearance you fucking code breaking, funk faking, bitch ass motherfuckers. Jared called me later and told me that all the beats that got placed on Jay Z's American Gangster came from records that he had personally given them. He had also pointed out the samples on the records. They didn't even say thanks. Motherfuckers couldn't even break Jared off. I want this to be known so every time you hear their names or see them on credits, you remember those clowns ain't real producers. They are pieces of shit.

To find out more about Maleet and his music, check out his website and MySpace page.
Posted by DJ SORCE-1 at 1:34 PM

Labels: Can You Dig It?, Interview, Maleet

You should be ashamed for printing this dudes interview. He's pissy cause he didn't get a finders fee? And he on the blog crying about "they broke the rules."

N!gg@, what rules are you refering to? That all producers are supposed to make their beats by whatever means needed EXCEPT break cds? That's a bunch a bullsh!t and Maleet knows it. So what he dug and found the record...that doesn't entitle him to anything. At least Sean C and LV worked to get legal clearance to use the break in their beat. Did you get clearance to use the break in the cd that you made money off of? NO!!!! Fu#king duche bag!

You're just pissy cause cats like them are out here making their mark in the world why you sit @ home crying to your 10,000 record vault about why no one has recognized your genius and talent. You got 13 years in the game yet you're not working on any projects with anyone current while Sean C and LV are making hits (and money) with the likes of Jay-Z and Diddy.

DJ's do the same thing as producers: make beats from whatever hot sounds that they can find. That's what Hip-Hop is all about jerk...or did you forget all about that when they didn't cut you a check for $5,000? And as for your boy not getting any money either...for the record, I wouldn't have paid his a$$ either since you readily admitted that he came to you before hand and told you "don't let them go easy".

And as for your question: "Who the fuck samples off other DJ's break CD's?" Large Professor, Diamond D, Pete Rock, Timbaland, J.Dilla, The RZA, Daddy-O and Teddy Riley have all sampled from break records at one point in time or another...and these are established, well-known producers. Quit while your ahead and kick rocks......

"Large Professor, Diamond D, Pete Rock, Timbaland, J.Dilla, The RZA, Daddy-O and Teddy Riley have all sampled from break records at one point"....yeah, they aint steal it from some other dude who dug it. Get off diddy's dicktip.

Everything this Nigga Viperteq says just solidifies Maleet's point on bitch ass niggaz breaking the rules. there are rules to this hip hop shit my nigga. Since your naming these producers like Diamond and Premier like you went to school with them, tell them about your weak as rebuttle to this interview. See if they agree. This is the attitude that has been fucking hip hop up!!! Cats like you who only care about "Hits" and "Making Money". Go be a fucking Industry lawyer and get off this crate diggin blog you asshole. We abide by the rules here. You wouldn't know shit about that. Watch Maleet blow the fuck up, then your gonna be on his dick. Faggot ass nigga go design a website.

@nyc: Apparently it is all about the money since Maleets whole argument against Sean and LV is that neither he nor his boy got paid for finding the break. Smarten up boy, this is Chess not Checkers.....

Ya'll dudes need to get off this backpacker soapbox bullsh!t.....do you honestly think that Kanye, Just Blaze, Preemo or any other producer is NOT going to use a sample just because it was on a break CD? Give me a break! And if a producer pays someone for finding a sample, it's because they WANT to, not because there's some unwritten mystical rule that says they have to.

Viperteq usually I don't respond to people with your level of ignorance but I just want to make one thing clear. As I told everybody else, it was never about the money. It never has been. I have always been making paper since day one. I do music production because I love it, and I live, breathe, eat, and shit this hip hop culture son. I have been 13yrs in the game mastering my craft, not to blow up, but because its my life's passion. I don't look at this shit like an industry like you do, I look at it as a way of life on samurai shit. The reason I was talking about hitting those dudes up for money was because I know thats what would hurt them the most cause obviously thats their agenda. In all reality the money was nothing but a weapon. I know Just Blaze, Diamond, and Premier personally fam and they agree with me one hundred percent. Motherfuckers with your ideals of any means necessary to rape our culture for a buck is violating, and thats "Real Talk" as you say. Oh by the way that mix cd I made alomg with most other break cd's are to bring to light lost forgotten gems of music of the past for the next generation to enjoy and love. Most of the time I give them away, and the one's I do sell is just to pay for the manafacturing cost. Like I said my morals when it comes to this hip hop shit are what I live and die by. So I hope you amd anyone else reading this blog finds clarity on the situation. Peace and blessings

man we were saving the names when we did my interview, Maleet putting them on blast now I love it lol. You have to give the credit and the $ where it is due no doubt.

If you're still out there, Maleeto, hit me up at:
verge001@yahoo.com
There's a couple of old songs of yours I want to ask you about.

Good interview and I hope you still doing your thing Maleet!
New Jeruz in th house.