If You Liked HITS, Check Out Micro-Chop 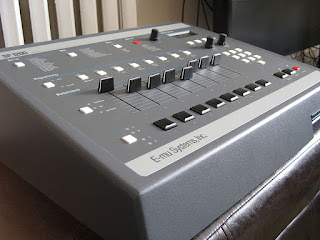 These days I do most of my writing over at Medium. You can check out my personal page here. I also have a publication called Micro-Chop that features some republished HITS articles as well as many new articles about DJing, rapping, samplers, synths, and vinyl.

Thank you again for your support.
samplers, synths, and vinyl.
Posted by DJ SORCE-1 at 6:48 AM No comments:

I love that artists are able to easily share random photos and recordings from deep within their archives through the various social media platforms out there.  Pictures from the 80's and 90's capture the aura of that time better than anything I am capable of writing.  Above is a recent favorite that I stumbled upon while looking at DJ Cash Money's Facebook page of Cash Money and Marvelous performing live at an unnamed venue.  The facial expressions of the people in the audience are priceless.

Also, check out this memorable picture of Cash with incarcerated rapper Cool C.

And finally, Cash and Marv at Bayside Studios recording "All The Ugly People Be Quiet", vintage Pepsi bottle included.

(Via DJ Cash Money's Facebook Page)
Posted by DJ SORCE-1 at 5:07 AM No comments: