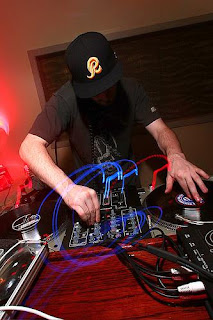 Claim to Fame: Probably rare rap shit, but I'd like to think my catalog is diverse enough to keep people on their toes and away from pigeon-holing, nah mean? 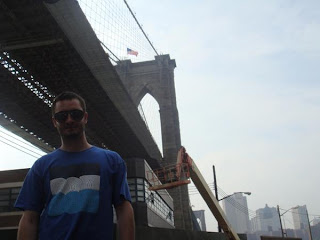 Years in the Game: I’ve been buying records for about 16 years. 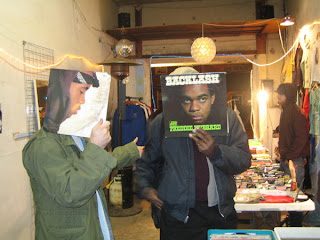 Best Digging City or Town: Do you mean record shopping or dumpster diving? (Laughs) I think the term digging has kind of changed now since boutique stores and the Internet have come into play. Digging used to be about finding some random dudes collection and going into his basement to pick up records. 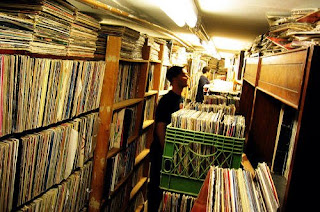 Nowadays it’s more like regular record shopping for me. I even go to private dealer’s houses sometimes. But in terms of shopping and finding great records, I think Chicago kind of kills it. It’s just a great place. Great guys out there too, everyone is a lot nicer. If it wasn’t so damn cold in the winter, I’d move there. Every time I go there I come away with great records. 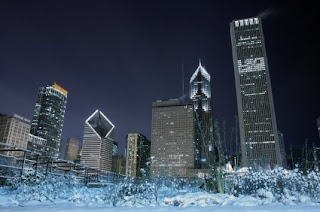 Most Prized Piece of Wax: Hmm. Some of the records that are really expensive and sought after; I don’t care that much about. They’re kind of like a form of currency to me. I tend to trade them for other stuff. But some of the records that I bought when they came out, like Nas’s Illmatic, I can’t get rid of. I skipped school to buy that record. I skipped school the Tuesday it came out, went to The Wiz, waited for it to open, went in, and bought that record. I still have it and I’ll never get rid of it. 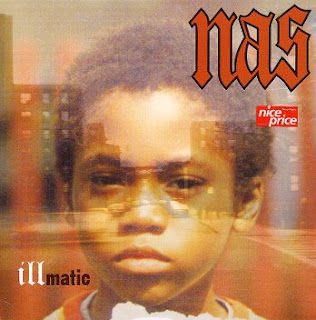 I love the second hand stuff I own and there’s a lot of good music on those records, but it doesn’t have the same sentimental attachment. Hip hop was my generation’s music at that time, so I have more of an attachment to those records.

Favorite Album Cover/s: I like the stock covers. If you privately pressed up a record back in the day they had a catalogue of stock covers like sunsets and waterfalls. You could get the generic waterfall cover and then print the name of your band underneath it and it would look like 200 other records with the same stock cover. 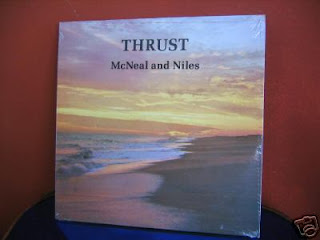 I like those because they have that homemade kind of feel where you don’t know what’s going to be on it. When I find one of those records in a thrift store I think, “This could either be really good or really bad.” 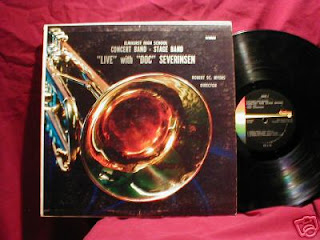 I love those old stock covers, I think they’re great. 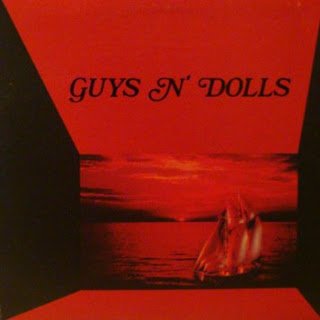 Dollar Bin Miracle: There used to be this warehouse in Virginia called Record Finders. It was like a big warehouse of 45’s. I found multiple copies of records that were worth hundreds and hundreds of dollars there. I wish I knew then what I know now, because I probably passed up some pretty amazing stuff. One particularly crazy find was the the "Greyboy" 45 by Human Race. 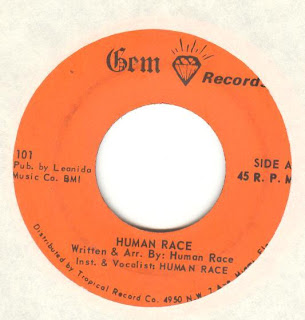 You can still find lots of crazy rap records in the dollar bin. What’s weird is that some of those rap records that are more obscure, like Raw Dope Posse’s “Listen to my Turbo”, got put out by distributors that didn’t specialize in rap. “Listen to my Turbo” was put out by a house and techno distributor. They shopped that record to people who wouldn’t like it, so it flopped. 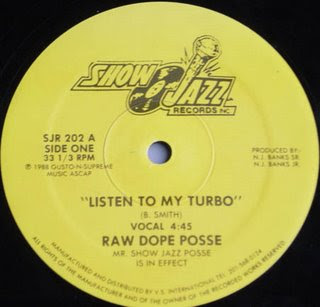 It’s kind of hard to find because of that. When you do find it, it’s always lumped in with a bunch of crappy house and electro records from the late 80’s and early 90’s. It sounds like Mantronix on PCP and it’s an amazing record. You never know where shit like that is going to turn up.

Total Records Owned: I don’t own as many now. I’ve chiseled down my collection really thoroughly. I’d say 1,500 total. At one point I probably had between 3 and 4,000 records. Serato helped me trim some of the fat. I got rid of a lot of doubles, things that I had to play at weddings and shit gigs, and Madonna 12”s. 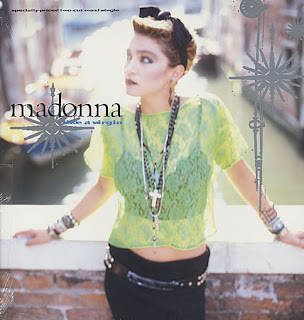 That was a big portion of my collection, shit I only used when I played out. Now I’m kind of an audiophile. I’m all about good condition records and great albums as a whole. I don’t want a record for one song if the rest of the album is crappy.

I’m all about whittling it down to the essentials, but I’ve kept a lot of common things that I like. I kept all my Led Zeppelin albums. I like each one of their records all the way through. I kept really clean copies of all of their albums and I listen to them to this day. I probably listen to a Zeppelin album at least once a month. They’re the best band ever, without a doubt. 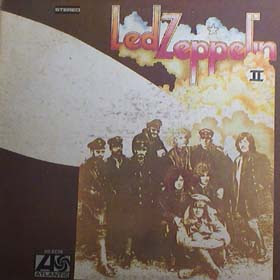 Best Digging Story: This lady who cuts my hair around the corner named Alina has been cutting my hair for five years. She runs this place called Alina Cut & Style. She’s Polish, and one day we randomly started talking about Polish records. I started naming a bunch of Polish rock bands and she was like, “Wow, you know a lot about this stuff. My husband was really into Polish rock and he has all of those records. I don’t know where they are, but if I find them, you can have them.”

Months passed, and I totally forgot about the conversation. I went in their one day to get a haircut and she said, “I have something for you.” We went outside, she popped the trunk, and she had two huge boxes of records. It took me two trips to lug them up the street. It was the greatest score of all of those Polish breaks that people are into and collect. I got all of them in one big haul, and I didn’t even have to pay for it. It just fell into my lap. Subsequently I made my last mix CD, Eastern Block Party with those records. 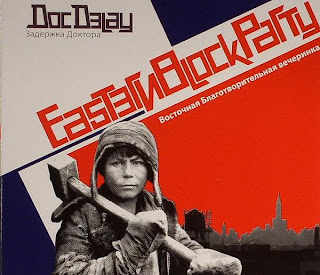 I’m a lucky dude. Things just fall into my lap sometimes, I don’t know why.

Here’s another good one. I remember once when I was DJing in Richmond, VA, this guy came over to the booth and started talking to me. His uncle had been a DJ in the 70’s and apparently had a ton of records. He wanted me to stop by his uncle’s place and have a look at them sometime. I gave him my number and months passed without hearing from him. We had a blizzard one day with about a foot and a half of snow and he picked that day to call me. I think I had a Honda Prelude at the time, and it was not ready for the snow, but I decided to go anyway. I picked him up and we headed to his uncle’s house.

On the way there he told me, “Oh, by the way, my uncle is a preacher now.” Apparently his uncle had burned himself real bad while freebasing. Afterwards he changed his whole life and found religion. He had pews in the living room and he gave sermons in his house. When we opened the door he had a scarred face from all the burns. He was like, “Yeah, all my records are in the basement. Go ahead.” I went down there and it was awesome. It was a great score. He didn’t want to get rid of a bunch of the records when I brought them up. With a lot of them he’d say, “Oh no, I can’t sell this”, but the things he held onto weren’t that big a deal. The smaller label and rare stuff was what I ended up walking away with. That was one of the weirdest digging adventures ever but it was also a really amazing score. I got a lot of really hot shit.

I’ve got one more before we wrap this up. There was this old dude who I used to buy records from back in the day that everyone called Pops. He ran a place called Pops' Record Roundup in Richmond, VA. One time my friend Tsega and I were on our way there to get some records. We were smoking some weed on the way and it was some really strong shit. By the time we got there we were completely blazed, on some other world shit. We saw Pops and we were talking to him. All of a sudden, in rolls his grandson with this hood rat entourage.

His grandson is this 16 year old kid with these little wire rimmed glasses and kind of dorky looking. Pops said to his grandson, “Hey, these guys like rap, rap for them.” This kid takes the gum he’s chewing out of his mouth and puts it behind his ear. No joke. It was like something out of Leave It to Beaver. Then he starts aggressively rhyming at us. It was some fast, double time, southern shit about fucking bitches and shooting people. We were stoned out of minds, thinking, “What the hell is going on here?” Pops, this 90 year old dude with a hearing aid, who couldn’t hear a word his grandson was saying, was smiling ear to ear. He was so proud of his grandson. The kid wasn’t bad. He didn’t lack cadence or breath control, but I wasn’t about to give him a record deal or nothing.

Make sure to head over to the Doc's MySpace, sample some of his music, and pick up a mix tape. You can get to his MySpace by clicking here.
Posted by DJ SORCE-1 at 5:17 AM

Labels: Can You Dig It?, Doc Delay, Interview

most sentences ending in prepositions evar

I just went from 6 to midnight.

Why does this guy think he has anything worth saying? This guy is too old to be acting this way..

I have no idea what you're talking about. Too old to be acting what way?