I love that artists are able to easily share random photos and recordings from deep within their archives through the various social media platforms out there.  Pictures from the 80's and 90's capture the aura of that time better than anything I am capable of writing.  Above is a recent favorite that I stumbled upon while looking at DJ Cash Money's Facebook page of Cash Money and Marvelous performing live at an unnamed venue.  The facial expressions of the people in the audience are priceless.

Also, check out this memorable picture of Cash with incarcerated rapper Cool C.

And finally, Cash and Marv at Bayside Studios recording "All The Ugly People Be Quiet", vintage Pepsi bottle included.

(Via DJ Cash Money's Facebook Page)
Posted by DJ SORCE-1 at 5:07 AM No comments: 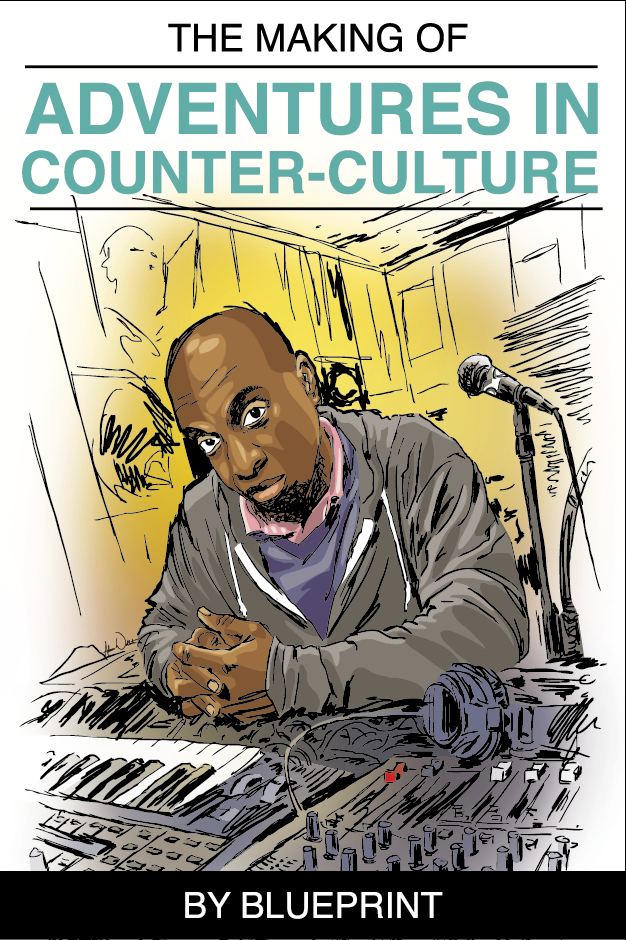 I love the variety of Jake One's production credits.  Check his catalog and you'll find tracks with with De La Soul, Evidence, G-Unit, Rick Ross, Scarface and countless other artists.  Jake's a versatile producer who isn't afraid to push boundaries and step outside of his comfort zone.  He also seems like a very approachable and humble dude, bringing refreshing honesty and openness to his video interviews.  I particularly like his Behind the Beat videos, where he has broken down Chance the Rapper's "Acid Rain", De La's "Rock Co.Kane Flow", Snoop and Wiz Khalifa's "French Inhale".  Using his weapon of choice (the ASR-10), Jake walks viewers through the process of each song from the initial samples to the actual construction of the beat.  Whether you are a aspiring producer looking to beef up your understanding of production techniques, or merely a fan of his work, all three videos are essential.  The "Acid Rain" track is a thing of beauty and I've had the Behind the Beat video of it running on repeat all day.

While watching Behind the Beat, I stumbled upon a video of his appearance on the Do the Math podcast.  According to their iTunes podcast page, Do the Math is dedicated to "Telling Seattle stories...long form interviews with the creators, innovators and legends of our Seattle Hip-Hop community."  Their video with Jake One is exceptional, as they dig deep into various stages of his career.  He talks at length about how he was influenced by Seattle legends like Supreme La Rock and Vitamin D, his affiliation with Rhymesayers Entertainment, his Snare Jordan drum kit, and a variety of other topics that will get anyone reading this blog hype.  I learned a lot from watching this interview and look forward to watching future episodes of Do the Math and being further educated on the history of Seattle hip-hop.

Howard B. Knoxz in the Studio with His iMPC

I was thrilled to see Gadget of Scratch Magazine TV post another great iMPC video of Howard B. Knoxz recently.  I wrote about Howard's iMPC car video this past summer and requested he post a follow-up video showcasing more of his work with Akai's production app.  Here we see Howard showcasing several iMPC beats of his and highlighting some of the programming for beats like "Bodega Stories" (9:00 minute mark).  As he demonstrated in the above mentioned car video, one of the most attractive features of the iMPC is the portability.  The most significant upside to the various beat making apps out there is that simplifying the transportation of gear gives producers the ability to tap their creativity in any setting.  Howard explains around the 12:00 minute mark that you can use the iMPC, "In the bed, chillin' on the couch, parking lot...wherever".  Viewers trying to master the iMPC will be happy to see that in addition to highlighting the portability of the app, Howard demonstrates some of the sampling and chopping features around the 13:00 minute mark.

As a fan of many of the DMV producers, I'm excited to see Howard continue to grow as a producer.  It is clear he has a lot of talent and great ideas.  I look forward to hearing more from him as he continues to master the iMPC and his various other samplers and keyboards.
Posted by DJ SORCE-1 at 8:38 AM No comments: