Drum roll please. Ladies and gentlemen, for your viewing pleasure, I present to you, the first edition of 7's Series in the 09.

Info Provided Below Each Image. 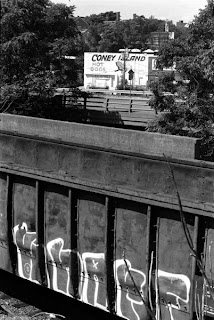 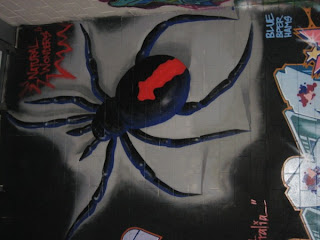 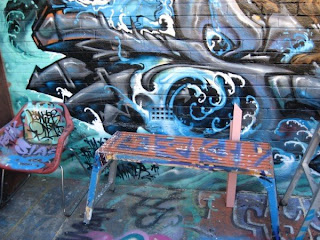 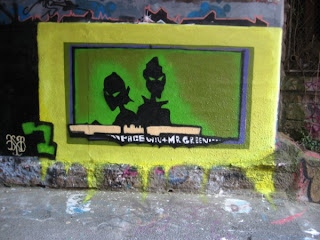 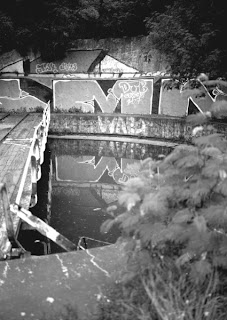 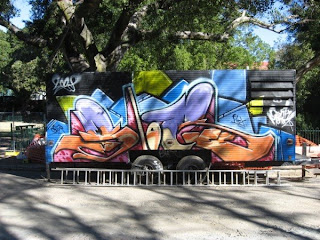 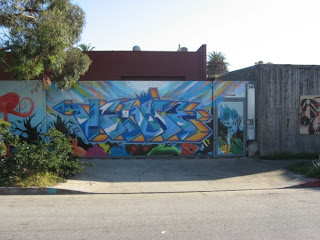 Don't Touch My Records. Ever.

Ever seen the movie Diner? It's a really great, kind of slept movie from the early 80's. There is one scene I've always loved where Daniel Stern's Shrevie character is having an argument (one of many) with his wife. He's yelling at her for messing up the organization of his records. Towards the end of the fight she asks...

"Who cares what's on the flip side of a record?"

"I do! Every one of my records means something. The label, the producer, the year it was made. Who was copying whose style, who was expanding on that. Don’t you understand? When I listen to my records, they bring me back to certain points in my life, ok? Just don’t touch my records. Ever."

Even though he's being a huge dick in the scene, I love the dialogue. Before storming out of the house, he tells her he remembers exactly what song was playing when they first met at a high school dance.

The point of telling you all of this? The homie Steinski does a really nice edit on his Nothing to Fear: A Rough Mix album where he mixes in the dialogue from this scene. It's so perfect. 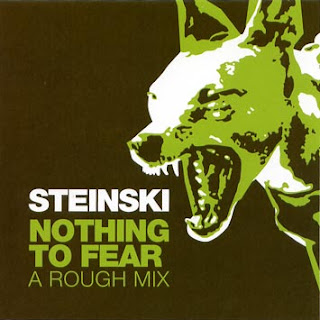 I thought all you fellow record heads would appreciate it. Give it a good listen, because there is a lot going on throughout the track. When the line "They take me back..." comes in, Steinski mixes in a sample of "The Clapping Song" by Shirley Ellis, which Stein saw Jazzy Jay spin at a party back in the day. It had a profound impact on him and he talks about it in the documentary Scratch. Just as a heads up, he doesn't drop the sample until towards the end of the track. 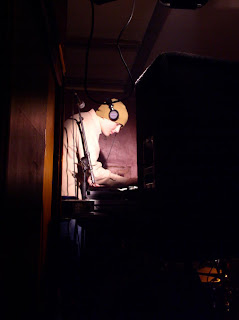 Claim to Fame: I produce instrumental 45 singles on Heardrums Records and for different MCs on Galapagos4. I’ve also done 45 singles on Memphix, Bully, Pentoca, Ish Records, and a few more that I'm forgetting.

Representing: I was born in Rockford, IL. 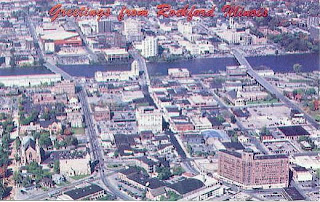 I moved to Chicago in 98 and lived in the city for the past 10 years until recently moving to Phoenix, AZ. 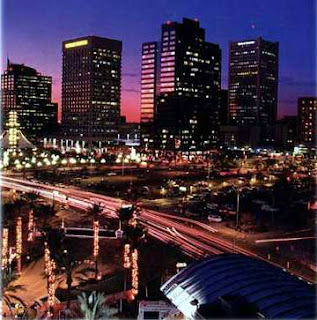 Years in the Game: About 13 years. I’ve been buying records since 1995 but I really started heavily searching for records when I moved to Chicago. 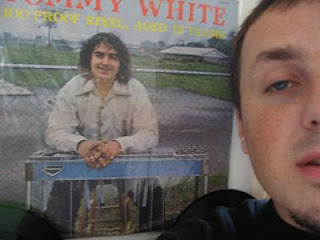 Best Digging City or Town: If you live anywhere in America that has had a population of 500,000 people or more since the late 60s and you have the time, patience, and really sink your teeth in to that city, you should be able to find good records and be able to call it "the best digging city". I've only been in Phoenix for about six months and I've been steadily seeing cool and rare records. I've had some pretty crazy scores in Chicago and have been witness to some major scores as well, so I guess the answer is Chicago. 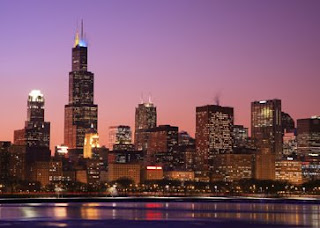 Depending on what you're into and who your connections are, I'm sure Tokyo would be an amazing city to spend time in searching for records. A large portion of good vinyl from this country has made its way to Tokyo and there is such a divide between our countries that you never really get to see stuff that goes up for sale there, unless you're actually living there and hunting. It’s different in places like London, for instance, where you can find internet lists and eBay sales easier. Have you ever searched on Japanese Yahoo auctions? Some wild shit shows up for sale there, but if you don't speak or write Japanese, you are never going to have a crack at some of that stuff.

Most Prized Piece of Wax: I have a 78 recording of my grandparents wedding that’s cool and I would be super bummed if I lost it. I would have to say my most prized record is a 45 by Smokin' Brain on Vincent Records, which is a stoner funk monster released by a band from my hometown of Rockford, IL. I don't really get too attached to many records anymore though.

Favorite Album Covers: There are so many good ones man. I'm always attracted to hand-drawn covers and cool original letter styles. There are some great ones on that Bonerz thread on waxidermy.com right now. But I'd have to say my three favorite covers are 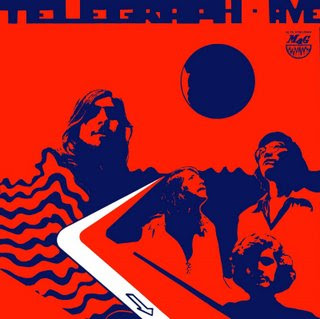 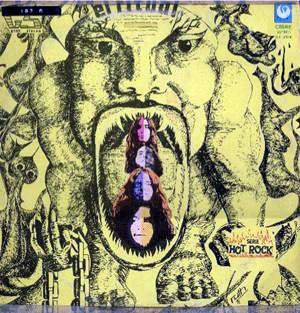 and Direction by Probe because its got the sick stock cover and they're from my hometown of Rockford, IL. 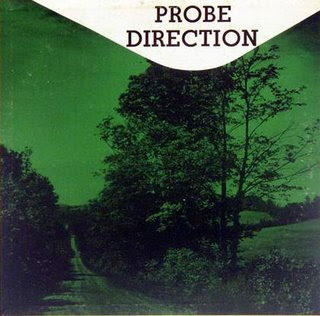 Dollar Bin Miracle: The first one that really set it off for me was Manzel’s “Midnight Theme” 45 for three bucks. I sold it a few days later for $1200 when I was 18. When you're a young dude who has never had more than a few hundred bucks to your name; that feels amazing! I've had more than my fair share of miracles, and I've been feeding my family now and opened a record store here in Phoenix through selling records I got for cheap. 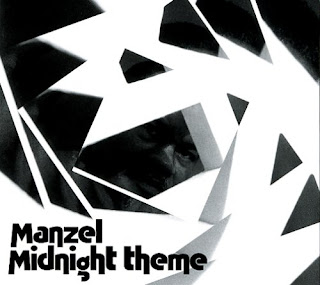 Best Digging Story: I moved to a new apartment in Chicago in '05 in a predominantly Mexican neighborhood. A few doors down there was a little Muebleria furniture/Chinese import clothing place I walked past all the time. I walked in one day and asked the girl working there if they had any discos and she told me to come back when the owner was there. I didn't really think about it too much and went back about four months later in the dead of winter. The owner was there and was like, "Yeah, we got some records, come with me".

He took me and my wife down to this dingy ass cold basement and flipped the lights on. There were about 20,000 sealed Latin records stacked all over. My wife and I looked at each other like, "Oooh damn". The owner told me he hadn't sold a single record since the mid 80’s. I was down in that basement by myself for the next two months at least five times a week with a portable record player pulling out all kinds of crazy salsa, psych, Spanish pop and Latin soul 45s out of there for a buck a piece. I would walk huge stacks of LPs a few doors over to my 3rd floor apartment, looking around all paranoid that someone would find my spot (Laughs). I probably contracted some serious health issues from that nasty ass basement.

I've been in some crazy situations with records, including getting mugged while deep in the hood looking at a collection, buying records stashed away in crack dens off of cracked out women, trailer park homes filled with vinyl, crawling up janky ass ladders in barns to look at records stacked up on 3 x 3 shelves, digging in a hillbilly ass dudes house infested with roaches, and more!

Just wanted to say too that if you're in Phoenix, stop by my new shop downtown, GRANDIOSE! 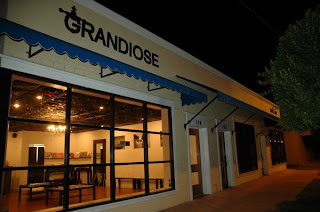 Check out Meaty Ogre's impressive instrumental working by going to his MySpace. Also make sure to visit the Grandiose record store and MySpace.
Posted by DJ SORCE-1 at 2:59 PM No comments:

Labels: Can You Dig It?, Interview, Meaty Ogre

Why I Love Digging

Today I drove over to Springield, MA after I saw a craigslist posting for a record fair at Reflections Emporium. It was without a doubt a case of both time and money being well spent. I came up on some heat for really reasonable prices and got to chop it up with a bunch of good people. 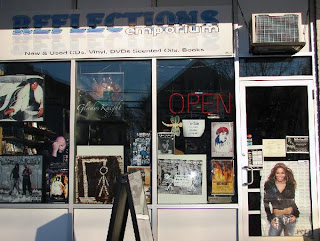 First off, big shout out to James Lewis, who is the owner of this fine establishment. He's also a really friendly dude who holds it down in the local radio/promotions/concert scene. In addition to having strong roots in the area he also knows a lot of big time cats. Here is a picture of James with Consequence. 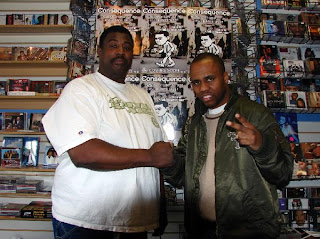 After meeting James for the first time, I bumped into local digger/DJ/record fair organizer DJ 12xu. He's heavy in the digging scene around my way and has organized some really nice record fairs of his own. He is in the process of starting a monthly at The Rendezvous which i will hopefully get to write about more in the near future. 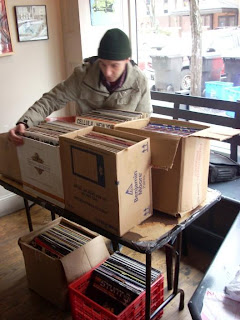 Now onto the records. While I was digging through the stacks of one local seller I stumbled across this gem by Success N Effect. The cover has instantly made its way onto my all-time favorites list. Being one of those purchases made mostly for the cover, I was surprised to find out the music is also quality stuff. 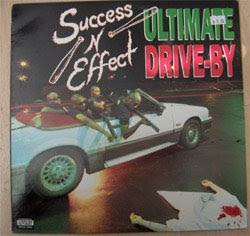 Last but not least I found out that James is cool with former Skinny Boys DJ White Flash. I am definitely going to have to hit dude up for an edition of Can You Dig It?. 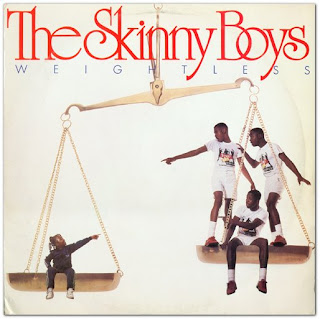 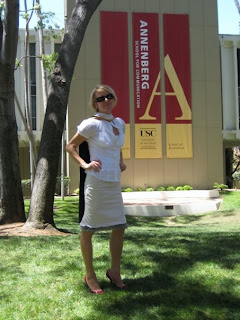 My friend LC Weber over at The Smoking Section is always fun to talk music with. She also likes DJ culture and is friends with a bunch of ill DJ's. One of her close friends, DJ Haircut from Ann Arbor, has recently signed with Stones Throw records under the name Mayer Hawthorne, his soul signing alias. Believe me when I say you need to peep this guy's material. What I've heard from him as Mayer Hawthorne so far is unreal and I cannot wait for a full length project. Don't believe me? Famous DJ's like Giles Peterson and Mark Ronson are already giving his single spin on their radio shows. Anyhow, make sure to read/listen to the audio from this great interview LC did with Mr. Mayer over at Michigan Radio News and go insane for his music like I did.

Check the interview by clicking here.

When you're done, check out the Mayer Hawthorne & The County MySpace.
Posted by DJ SORCE-1 at 7:53 AM 2 comments: