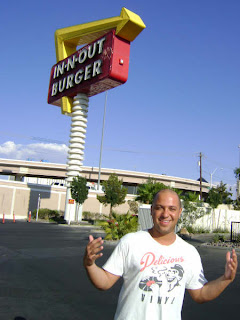 Claim to Fame: I’m ½ of 7L & Esoteric and 1/3 of The Bladerunners crew which consists of me, Beyonder, and Steve the Razor. 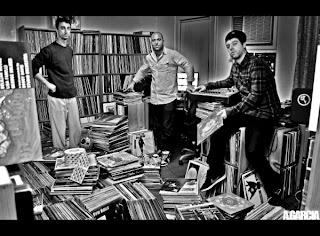 Years in the Game: I’ve been DJing since 1989. I got my first turntables in 89 from Upstairs Records in New York. It was one of those cheap package deals and they were horrible turntables. I learned on those and had them for two or three years before I got 1200’s. A couple of older guys I was friends with had 1200’s before I did and I went over to their house any chance I got. I’d go over with a cassette tape and practice scratching for hours. 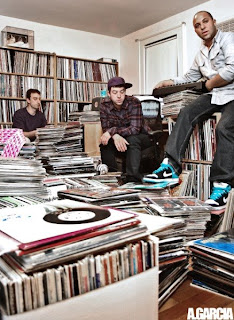 Best Digging City or Town: That’s a tough question. New York and other big cities are going to be the obvious choices, but I’ve spent 20 plus years digging in Boston regularly. Just because I’m from here, I’d say some spots in Boston in the early 90’s. It was wide open back then. You could go to places that weren’t specialty shops and come up on some great stuff. There were so many stores and you’d always find something. By the mid 90’s beat digging really caught on, prices went up, and specialty shops started popping up. I’ve spent a pretty penny in those places and in no way am I knocking them, but it’s a little different digging in a store specifically made for digging. 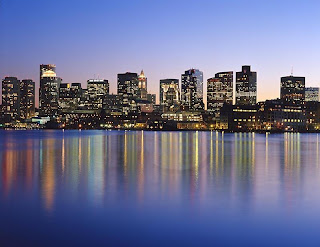 There’s a specialty store in Rotterdam called Demon Fuzz that is crazy. Me and Esoteric were on tour with J-Live and Apathy around 2003. We had a four day break in the middle of our tour of Europe and we had some money to play with from the shows we’d done earlier. Some people were taking the train to go to Amsterdam to hang out, but I didn’t end up going.

We were walking through the downtown the first time I saw Demon Fuzz. I ended up staying for a few hours the first time I went in. The dude working there was really cool. He told me, “If you want to come back the next day, you can go in the basement. There’s other stuff down there that hasn’t made its way up here yet and rare local stuff.” I must have spent seven or eight hours down there. It was so organized and neat. Every record was pretty much in good condition in sleeves and categorized. I spent pretty much every dime I’d made to that point on vinyl. For specialty stores, that was probably the best I’ve ever been to. 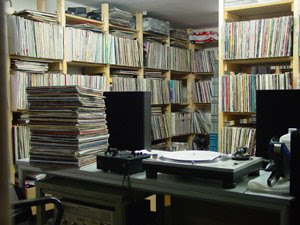 Most Prized Piece of Wax: I don’t really care about the rare thing anymore. I used to be more into that. Dougie Fresh’s “The Show” is one of my most prized pieces because it was one of the first records that I bought that I actually sought out. It’s probably my “favorite song ever and “La-Di-Da-Di” is on the flip side, so it’s like the perfect 12” for hip hop. It was really different for it’s time. I remember hearing it at the roller rink when it first came out. It was one of the few rap songs that the DJ had and he must have played it five times that night. I was blown away by it. I was bugging him for the title and he wouldn’t give it to me at first since I was only nine or ten years old. I’m not necessarily an outgoing guy, so it took a lot for me to keep bothering him until he gave me the name of it. 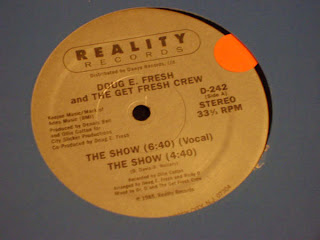 The Skull Snaps original is another one. When I heard it sampled on the Steezo “It’s My Turn” record, I had no idea what the fuck it was. It sounded like this crazy, futuristic drum break. It was bare for like four bars. I also heard it on the Breakdown compilation a few years later. The more people I talked to, the more I became aware of how scarce it was. It’s also a really interesting record with a dope cover. I just like the album in general. Ten years ago I would have probably thought about my rarest record. But now it’s about what record has my favorite song or songs on it. 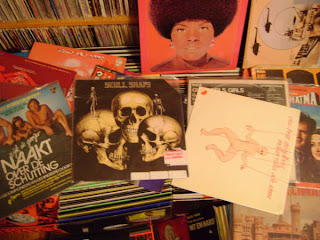 I’d say the Ultimate Breaks and Beats are my most prized collection. Like everybody, I learned a lot from those. I remember buying a couple because I’d recognize names like “Impeach the President” on the track list. David Toupe had his Rap Attack book out, which was kind of like a bible to me. He talked about certain breaks Afrika Bambaataa and Jazzy Jay would play and I’d see the same song names on the backs of these records. They were like cliff notes for beat digging. You’d branch out and get interested in getting a real copy. To this day, if I’m going to mess around with doubles at my house, I’ll put those on over anything else. They’re definitely my most worn record. 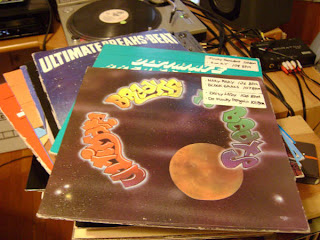 The artwork on them was crazy. Some was bad, but some was amazing. The one with the b-boy in outer space was really eye catching to me. Kev, the guy who did those covers, was just crazy. He would just put random stuff on the cover like a skull with a gold chain. They were really influential for a lot of people. There have been a lot of beat series since those came out, but at the time, they were one of a kind. They’re like a time capsule for what was being sampled in the early 80’s. It was a glimpse into the greatest hits of what people were playing at the parks back in the day. 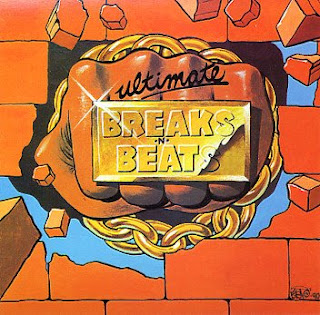 Favorite Album Cover/s: The Hustler’s Convention by Lightening Rod is an early favorite. It’s really cool gatefold cover of a guy holding a bunch of money. 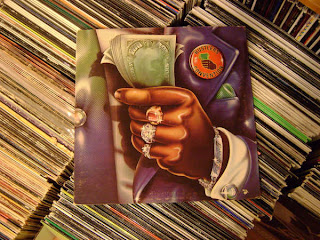 The design of the early CTI records always stood out. I also like the early Blue Note album covers. They all had a style to them. A lot of times it was just a simple picture, but it looked really classy. 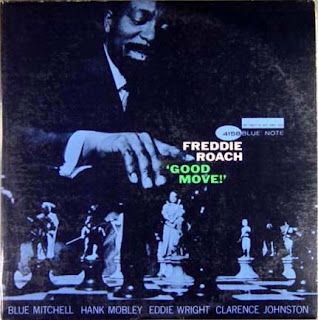 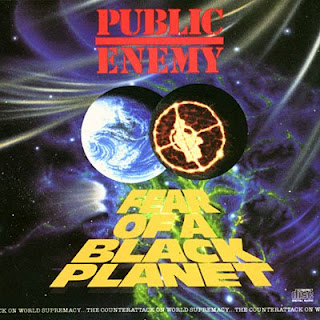 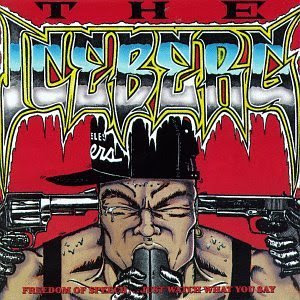 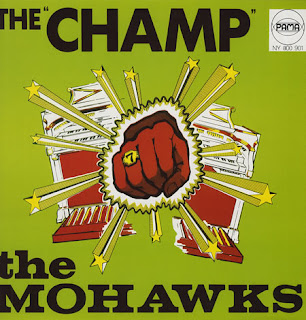 I thought BDP’s By Any Means Necessary was an incredible cover. 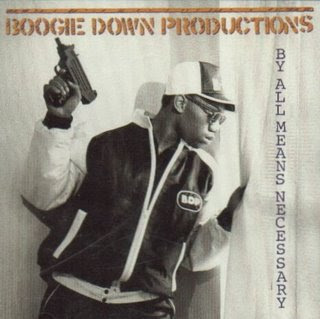 It’s a take on a Malcom X picture, which was obviously a picture I was familiar with. It was done really well and they pulled it off. 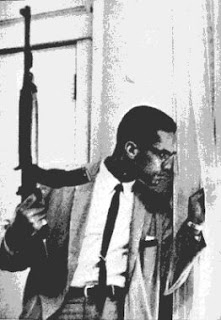 The first three EPMD album covers are favorites because they’re probably my favorite group ever. They’re simple album covers, but they kind of sum up hip hop to me. 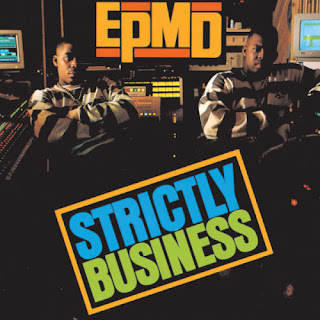 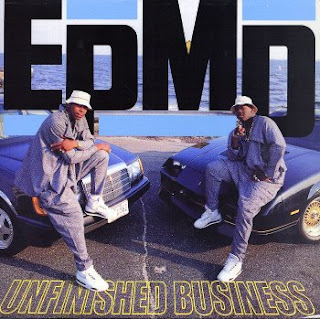 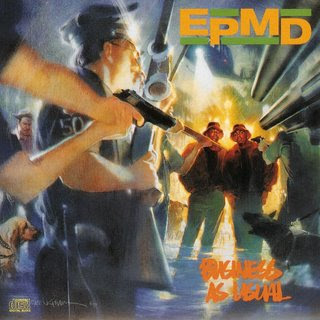 The first Mantronix record and I’ll stop there. I could go on forever and I don’t want you to run out of page space. 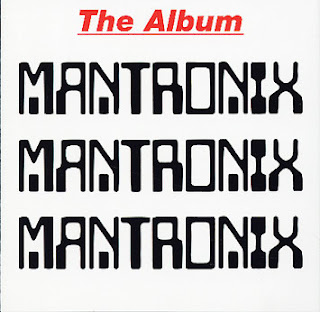 Dollar Bin Miracle: I’ve been through every major college in Boston and found records…every college from here to Rhode Island. When my friends from high school started going to college, everyone branched out to different schools. When I’d visit different kids, a lot of them had radio shows or friends with radio shows. A lot of times I’d check out someone’s late night show find a lot of dope records. It was almost bad and I felt bad at one point. I felt like I was depriving some other student of learning about music at one point, but obviously I got over that.

I found stuff like Diamond D’s Stunts, Blunts & Hip Hop around the time it actually came out. Years later I realized it was really rare. One time I saw it at Sound Library for something like $200 dollars. I already had the cassette of the album and the "Best Kept Secret" single when I stumbled upon the album vinyl. The "Sally Got a One Track Mind" promo 12” had just come out with the 45 King remix on it. I was in the hip hop section of the Salem State’s radio station going through the D section looking for the "Sally" 12” and I stumbled across that and the full album. I don’t know if that’s really a miracle, but I’m happy I found the record. 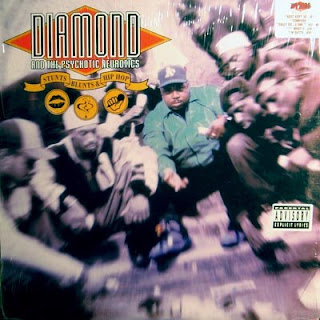 I found The Hellers record that Grandmaster Flash sampled for “Grandmaster Flash on the Wheels of Steel” at Salvation Army. I got that one for under a dollar. I also found some Brother to Brother, Curtis Mayfield, and Billy Polland the same day for really cheap. 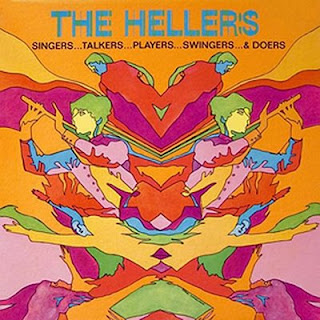 Total Records Owned: I wanna say between 10 and 12,000. I’ve been in a record pool since 1992, so that’s 16 years of getting promos of total shit. I spent a few days recently going through records and pulled out 3 or 4,000 records that I didn’t need and put them out in front of my house for someone to take. I obviously wasn’t getting rid of anything good and I still ended up keeping a lot of stupid stuff. At this point I probably should get rid of some more stuff. I’m always going to keep my good records, but there’s still more I could get rid of that mean nothing to me. If I had the room and the money I’d spend more time buying good records.

Best Digging Story: I was on tour with Esoteric in England. I was supposed to meet with this cat Julian who is one of the record kings over there. It never ceases to amaze me how many doors open to music you’ve never heard of when you meet certain record collectors. It’s kind of daunting. He had a Japanese record of covers of big American songs that were done in the 70’s and 80’s. They would have the cover song, but then the next six tracks would be 30 seconds of the bass, drums, horn and the other instruments played completely bare. They were breaking down the main parts of the song perfectly for sampling. It almost seemed like it was made for radio commercials or something so people could just talk over different instrumental parts of the tracks. It was something like 200 pounds, which at the time was around $350 dollars and I ended up buying it. I questioned buying it for a while, but I knew I’d never see that record again in my life. Julian was just on some other shit. When I meet people like Julian who are so heavy in the game, it puts things in perspective. It reminds met to not make owning rare records my main focus. That attitude took the fun out of record shopping. 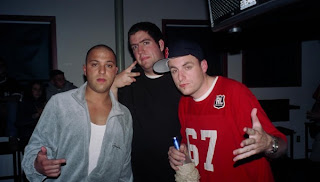 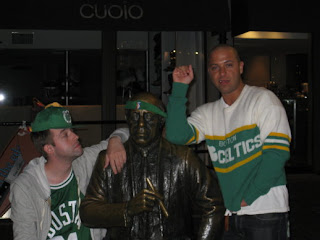 Visit 7L and Esoteric's MySpace by clicking here. Also peep The Bladerunners MySpace and blog.
Posted by DJ SORCE-1 at 7:14 AM

Labels: 7L, Can You Dig It?, Interview

These CYDI interviews are priceless.

Although I am wearing a Sean Jean Sweatsuit in one pic, and clearly bombed out of my mind in the bottom pic(after the C's beat L.A) I wanna def thank my man Source 1 for the time, and being a good dude!