Although I think this trailer kind of sucks, this movie kicks serious ass. It's funny, twisted, incredibly original and unique. Check it out on IMDB and give it a shot. Let me know what you think.
Posted by DJ SORCE-1 at 10:53 AM No comments:

TSS Presents From The Soul: The Music Of De La Soul 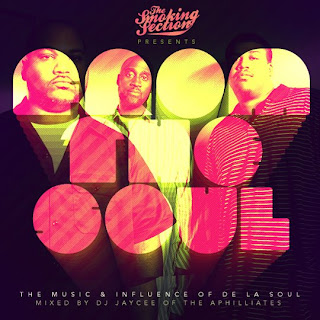 Compiled & mixed by DJ Jaycee Of The Aphilliates, here's 60+ songs from the catalog of De La Soul. This shit is incredibly dope and easy to listen to front to back.

Jay, if you read this, THANK YOU.

The Smoking Section Presents From The Soul: The Music & Influence Of De La (Mixed By DJ Jaycee Of The Aphilliates)
Posted by DJ SORCE-1 at 3:04 PM No comments: 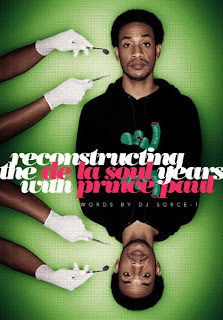 This interview was quite an honor to write. If you are like me, you'll love hearing the back stories of De La's first three albums. Enjoy, and please post some feedback. Paul is my favorite of all time.

From The Soul: The Music and Influence of De La Soul 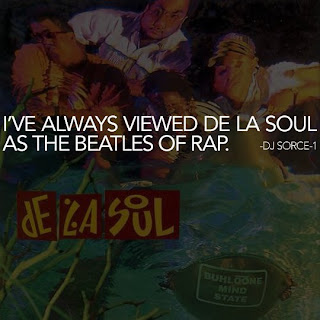 I just wrapped up this giant piece on De La Soul and Prince Paul for The Smoking Section. It has been an honor to be a part of the project. Jaycee (Luda's DJ) even agreed to make a Best of De La mix for it that is complete fire. Please take a minute to read, Digg, and post some feedback.

"If you love somebody, you make sure you tell 'em"


This gave me a lump in my throat. 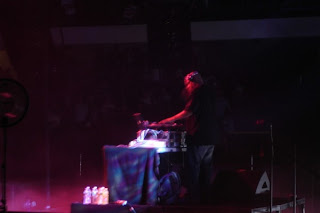 Jaycee one of the coolest, most humble dudes you will ever meet. He's also a bad ass motherfuckin' DJ and I'm a huge fan of his mix tapes. My only problem is I have trouble keeping up with them because he drops them so often! Here is his most recent work, Eargasms 6.
Posted by DJ SORCE-1 at 7:25 AM No comments: 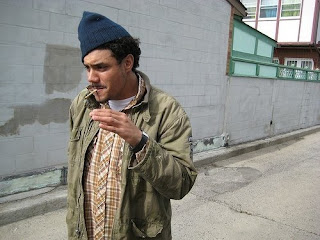 Claim to Fame: Being a good guy, being able to drink more beer than you, and generally beating you to the punch at everything in life. Let me stop buggin’. 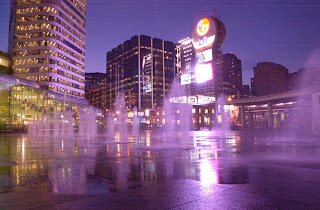 Years in the Game: Not enough. About seven or eight give or take. The first record I ever bought was The Meters S/T re-issue. 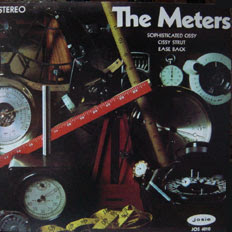 A year before that, my mom bought me a copy of the Black Caesar OST for 25 cents. 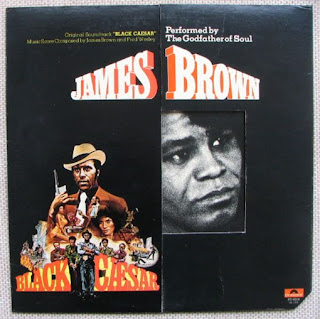 Best Digging City or Town: Montreal. There are too many Julius Brockington and random Quebecois prog records to mention. I’d say either Montreal or Vancouver. Now that Ty who ran For the Record in the flea market is gone, shit ain't the same.

I also can't front on Toronto in any way, shape, or form. Toronto has loads of different shit, whether it be European stuff, Reggae, African records, Bollywood, or other crazy international heatery. Due to the sheer population and multicultural makeup of the city, you're bound to find cool records in the most unlikely of places.

Most Prized Piece of Wax: Robert Wood’s Vibrarock, which came out on Polydor France. I’m not trying to blow up the spot on this masterpiece of an LP, but I had to mention it. It's basically exactly what I look for in a record: distorted vibes a la Stark Reality with spaced-out vocals and killer instrumentation. It’s an absolute burner from start to finish.

Favorite Album Cover/s: David Axelrod’s Songs of Experience on Capitol. I know this is a pretty played record, but whatever. Shit is still butter. It’s crazy abstract, and honey laid out on the word "Experience" in floor blocks? It's always bugged to me, no matter how many times I see it. I love it.

Dollar Bin Miracle: The Brazda Bros S/T, which came out on Dominion Records in 1973. I was digging heavy that day and my digging endeavors were proving unfruitful. I was about to give it a rest when I saw a nondescript box labeled "Dollaur Bin". Upon finding the record I inspected the condition, which wasn’t the happiest moment because it was pretty beat up. Some label it as "mesmerizing Canadian folk-psych". I labeled it as easy money and ended up selling it to record dealers from Spain who were in town. 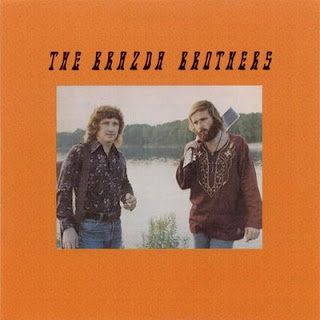 Total Records Owned: About 2000, though I wish I owned much less.

Best Digging Story: I’m still waiting for my moment of glory. For the most part there are a few things I require for a successful digging trip: good food, a few friends, and an insane hangover to nag me throughout the day. Oh yeah, and a portable turntable.

Please check out The Meaning of Dope, a website that Kaewonder contributes to. Also take a minute to download this cool live set that he did with DJ Serious compliments of Can't Slow Down. Download it by clicking here.
Posted by DJ SORCE-1 at 5:04 AM 6 comments:

Labels: Can You Dig It?, Interview, Kaewonder 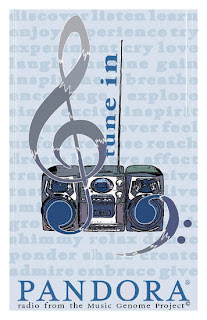 Here is an interesting article from Wired magazine that talks about online radio site Pandora. Apparently new royalty rates are hurting sites like Pandora and may force them to shut down. I love the idea of Pandora and think it's a great site, so hopefully this doesn't happen.

Read the article by clicking here.
Posted by DJ SORCE-1 at 4:46 AM 1 comment: This is an essential soundtrack to anyone's summer days and nights. Find out more about it and download it by clicking here.
Posted by DJ SORCE-1 at 9:13 AM No comments:


Check out my blurb about Primitive Radio Gods' 1996 hit "Standing Outside A Broken Phone Booth With Money In My Hand" by clicking here.
Posted by DJ SORCE-1 at 12:46 PM No comments: