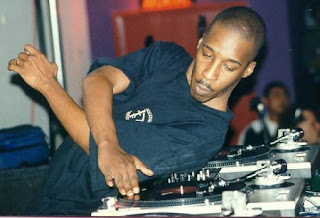 Seven days ago one of my favorite DJ's passed away. The news hit me like a ton of bricks and I'm still not sure I'm ready to write something proper about it. I have a hard time writing articles about people I admire when they pass away. I often feel overwhelmed and unsure of what to say. In the case of Roc Raida, however, I felt I had to make a post.

I'll never forget the first time I saw him and the rest of the X-Ecutioners perform on the '99 DMC World Finals VHS tape I bought from a friend. I think I must have watched that routine 20 times in a row, over and over again. I was completely blown away.

Saying Raida was well rounded would be a profound understatement. He was incredible on the cut, providing scratches for the likes of Big Pun and Skillz. He was an under-appreciated producer who collaborated with The Jungle Brothers and Termanology. His mix tapes were the perfect combination of skills and skits, mathcing flawless doubling up and mixing of classic songs with hilarious interludes that featured Lord Sear. Despite all of these accolades, many people, self included, will remember Raida most for his stage presence and unbelievable turntablist routines.

For now it's best for me to let Raida's music do the talking and wait on writing a lengthy post. In honor of his passing, I'm posting one of his hard to find classic mix tapes from back in the day, Old School. 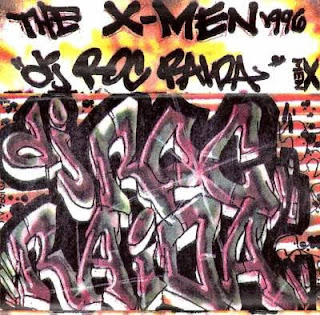 
I've also tracked down some other Raida goodies that have been posted online.

Download The Adventures of Roc Raida from Cocaine Blunts.

Also, make sure to check out DJ Eclipse's dedication show to Raida at 2 Dope Boyz.

Thanks to anyone and everyone who has been sharing his music for people to enjoy.
Posted by DJ SORCE-1 at 4:08 PM No comments: