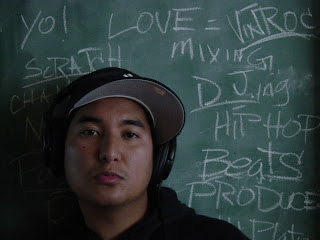 Claim to Fame: I’m a former two time ITF World Champion DJ, a member of the 5th Platoon and the Triple Threat DJ’s, and I've produced music for some commercials as well…but I'm not sure if that’s a claim to fame. My music has been used in advertisements by Best Buy, an ad that Nike did for Lebron James a few years ago, and some stuff for Comedy Central. I did an album a few years ago with Triple Threat called Many Styles that featured Souls of Mischief amongst others. I also did a remix for a Kweli track. 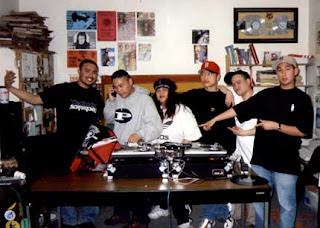 Representing: These days I represent the Bay Area. I've been in the Bay for 10 years so I'm pretty much a liberal hippy hopper now. I got my flavor from growing up in Dirty Jerz, specifically Jersey City, which is home to the Flavor Unit, Joe Budden, the first World Trade Center bomber, and the Pulaski Skyway which is used in the opening credits for The Sopranos. 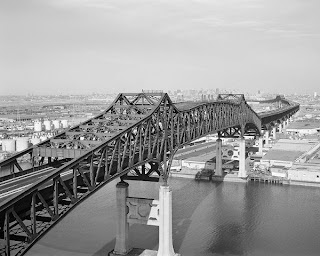 Best Digging City or Town: I don’t have a favorite. I kind of find what I'm looking for when it finds me.

Most Prized Piece of Wax: Wow, so many...I don’t really have one. I found the last record I was really happy to get a few weeks ago while I was digging. It was some old Richie Havens record. I remember it made me feel real happy to get it. I haven’t had a chance to sit with it yet, but I heard one song on it that I liked before buying it. I hope the rest is just as intriguing. I have no favorites, just what I like at the moment. 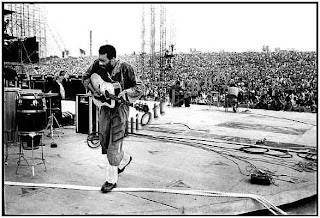 Favorite Album Cover/s: I used to paint a lot when I was younger, so I love album covers. Sometimes I don’t remember the names of artists and records, but rather the covers. If I had to pick a favorite, it’d be Bitches Brew by Miles Davis. It reminds me of Dali. 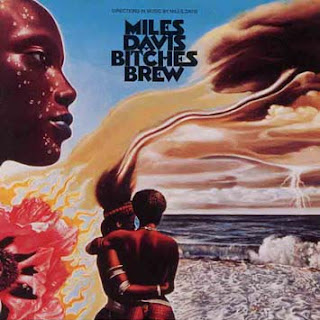 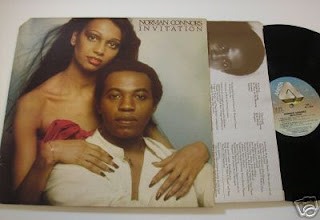 Total Records Owned: Not that many, to be honest. I'm not a real digger. I just find things by accident or cover design, and stick with what I like. I probably have two Ikea shelves of cool records that I use to sample. I used to have a lot more wax that I played for clubs. Those records have been consolidated since the advent of Serato, but I still love older records for the production values they had back then. You just don’t here music like that no more.

The idea of the knowledgeable digger is changing and so is the exclusivity of it. Nowadays finding the source material is not as hard as it use to be, but doing something cool with it is still the challenge. I think the point of digging is to find inspiration. That’s the whole theory of sampling anyway; the sample is a point of inspiration. You find the inspiration and then you add your personal flavor or energy to it. 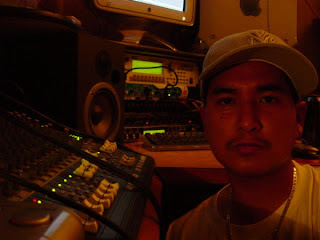 I remember digging with a real prominent digger type when I was new to the game. I was flipping through records and I remember him saying in so many words, “You don’t even know what you’re holding." I still really don’t know, but I've always found music that inspired me and stuck with what I liked. That works fine for me. As long as I enjoy it, that’s the point. I don’t care how or where I get my inspiration.

Best Digging Story: They're all great. Each record has a story. One time while I was digging I found this Eddie Kendricks record. It was at a point in my life when I was really in doubt of my capabilities. Everyone has self doubt at times. I picked it up because I've always liked Eddie's records. I had no idea what was on it. 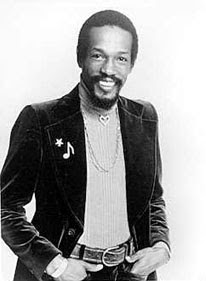 When I first listened to it, I found this line where he sings, "You must believe." It’s not a real melodic part of the record, but I went with it because it inspired me. It spoke to how I was feeling at that particular moment in time. It's one of my favorite beats that I've ever made. I read no sample website or books to tell me to buy that record, I just bought it. That’s digging to me. It’s serendipitous at times. Just like life, sometimes you don’t know shit about where you’re going, but if you keep looking and trying, it finds you. That’s how I see it anyway. In the end, I guess I really don’t know much about digging. I just do it.

Special thanks to Vinroc for letting me post this track as a special treat.

To find out more about Vinroc you can visit his MySpace page by clicking here. Also make sure to visit the 5th Platoon website and the Triple Threat DJ's website.
Posted by DJ SORCE-1 at 9:44 AM

Labels: 5th Platoon, Can You Dig It?, Interview, Vinroc

thanks for the interview..
that beat is TASTY !

Vinroc is nice with his, I have a few of his tapes and they dope as hell keep doing your thing

Yeah, Vin is the man, no doubt about it. Multi talented for sure. Make sure to check my recent mix tape interview with him at The Smoking Section!