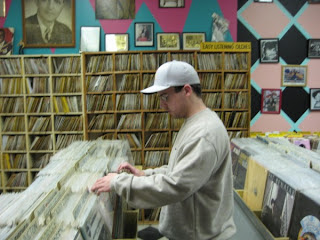 Claim to Fame: I think the people that do know about me either know me from turntablism or doing radio.

Representing: I was born and raised in New Jersey. My parents came here from Queens, NY.

Years in the Game: I've been DJing since 1994. I started getting into turntablism around 95-96 after hearing the X-men, DJ Cash Money, ISP, and a few others. Around 1999 I met a couple of like minds down in Princeton and joined a show called For Those That Know on WPRB. At the same time I was DJing on Radio Ruckus in New Brunswick, WRSU, from around 1999-2001. I've been into digging up old records and samples since around 1996. I would mostly just play breaks while DJing or make mix tapes with them. Around 2000 I started trying out production and got an MPC XL2000. Nowadays I'm still doing mix tapes, beats, playing out when I can, and doing my blog. 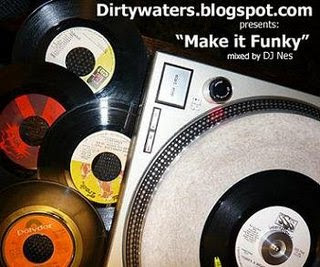 Best Digging City or Town: Being that I'm from New Jersey, I think I would have to say my favorite spots are here in Jersey, and maybe even the record conventions on RT 22 in Springfield. I know a lot of good spots in Jersey, but a lot of good spots have closed. Los Angeles and Philadelphia have some good spots too. I think that you have to be from the area or know people in an area to really know about the good record stores, because there are some that don't advertise in the phone books or online. You need to put me up some good spots in MA.

Most Prized Piece of Wax: As for hip hop records, I would say my Souls of Mischief 93 Til’ Infinity LP. It’s a promotional copy on blue vinyl and it was one of the first records I bought when I started DJing, so it has sentimental value. I don't think it's really that rare or anything. Otherwise I’d say my Baby Huey's original LP or any of my Roy Ayers records. 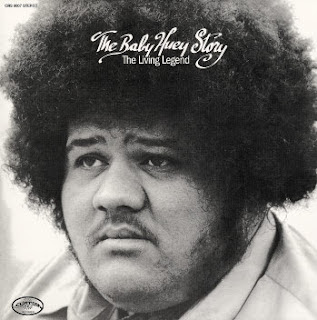 Favorite Album Cover/s: There are a lot of good record covers, but one of my favorites is Neil Merryweather's Space Rangers. It looks like a poster for some cheesy 60's B movie. 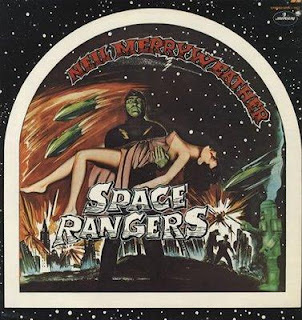 Dollar Bin Miracle: I caught a lot of good dollar bin treats and a lot of good hip hop 12”'s from dollar bins, including Lord Shafiyq's “My Mic is on Fire', Radiance's “Micstro”, and three copies of the “Marley Marl Scratch” on Nia records. All of the Marley records were originals and one was sealed. 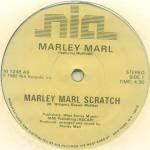 A lot of my best records were from the record library at WRSU. I was lucky enough to be around when they decided to get rid of most of their records. They were going to donate them to somebody, but before they did they told us we could grab whatever we wanted. I got a lot of crazy psych rock records, and I caught a copy of Lyn Christopher's S/T LP, the one with “Take Me with You”. That record is pretty rare. 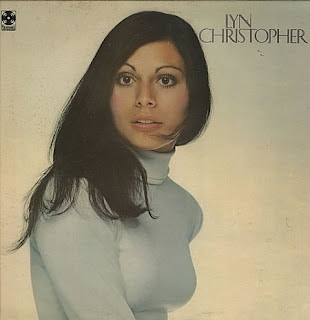 Total Records Owned: I own around 4,000 quality records. I have 1,000 or so more in my basement at home but they aren't records you would want taking up space.

Best Digging Story: There is this spot I go to here in NJ that is only open on Saturdays from 11-4pm. At one point I was there every week dropping $30-50 on records, so the owner would hook me up. One day when I was there a guy came in off the street with a crate of old jazz records and sold them for $5. I watched the whole thing go down, and after the store owner bought them I asked if I could look through them.

There was a shitload of bangin’ jazz in this crate including funk jazz fusion, spiritual jazz, and lots of rare stuff. Off the top of my head he had Gary Bartz, Harold Alexander, Funk Inc, Herbie Hancock, a lot of rare Blue Note stuff. The dude who sold them didn't know what he was getting rid of, and they were all in decent shape. I asked him how much he wanted for the whole crate, and he hooked me up for $40, like a dollar each. There were maybe 40 - 50 records in the crate and they were all bangin’. That was one of my best scores. The thing about digging is that you have to get lucky sometimes and just be in the right place at the right time. When you do it's like magic, it makes all the work you put in worthwhile.

To check out DJ Nes's most excellent blog, click here.

To download his guest mix for the this is tommorow blog, click here.
Posted by DJ SORCE-1 at 6:54 AM

Labels: Can You Dig It?, Dirty Waters, DJ Nes

The Neil Merryweather "Space Rangers" album was orig. a science fiction movie poster for the 1958movie "Satan's Satellites".
All merryweather did was remove the film's name and add his info.

Very interesting piece of trivia. I wonder if anyone involved with the movie ever tried suing...Anyway, thanks for posting the info. Good to know!