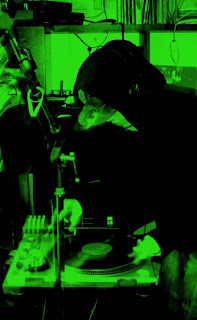 Claim to Fame: Right now it’s the song “Children Sing” that I produced for Pace Won. It's getting a lot of love in my home area, which means a lot to me. The radio stations I grew up listening to are playing my song, especially the Rutgers station, WRSU, and the show Radio Ruckus. 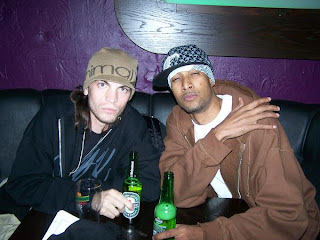 Representing: I'm from Central New Jersey. I was born in New Brunswick and grew up right across the bridge in a small town called Highland Park. It’s the suburbs but there was always a lot of hip hop going on.

Years in the Game: I started DJing about 8 years ago. It was the most fun I had ever had, and I got really into scratching and got my skills up. One night my boy Dolla Bill, who was a Jungle DJ, let me spin at The Tunnel when it was still around, which was crazy. That was when I was still in High School. When I got to college I was still DJing, but I started messing around with beats with my roommate Volatile, who was focusing on rap at the time. I learned a few tricks but didn't really take it seriously; I was still mostly into DJing and scratching. Eventually I got my skills up to the point where people were letting me DJ their parties. I used to love playing classic hip hop records like Krs’s "Step into a World" and Gangstarr’s "Work" in front of a crowd of people. As much as I enjoyed classics, the masses wanted to hear pop records, most of which I hated. I tried to play along for about a year, but I think people could tell I wasn't into it. 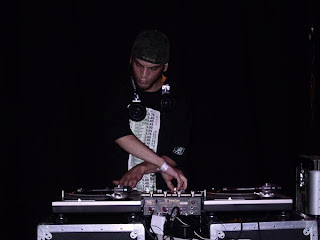 Eventually, I quit. I went into seclusion as far as music goes around the beginning of 2005. I started going through the all the beats I had made in the past and realized that I had some really quality music. Around the same time I was invited to do a beat battle. I got a big reaction from the crowd, which made me realize that production was something I had to pursue. It was in that battle that I came up with the name Mr. Green. Throughout the years I hadn't had a name to use, and I needed one for the battle. I chose Mr. Green because of a recent encounter I had with the police (Laughs). So as far as production goes, it has been a little less than three years.

On April 15th, 2005 I made the decision that starting with production; hip hop was what I wanted to do with my life. I wrote a short list of goals and another list of rules. I wrote the lists to prevent myself from falling into the mainstream BS that I didn't want to be a part of. I didn't even realize it, but I was writing a manifesto for keeping the great music that I grew up listening to alive. The rules were basically,

1. Always rep your hometown/state.
2. Only make music that you would have approved of during the era when mainstream hip hop still sounded like hip hop.
3. Make your music get as big possible.

I've been following these three rules, and things are good. 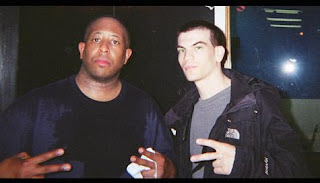 Best Digging City or Town: I have to say NYC, simply because of the amount of vinyl shops. Bleecker Street alone has a dozen stores, and Fat Beats is within walking distance. There are so many great places to dig in NYC, just in Manhattan alone, like The Village.

Most Prized Piece of Wax: Krs One’s I Got Next, signed By Krs. I took it to a show he did in Brooklyn and got it signed. I have it on my wall and you can see it in the Pace Won and Mr. Green video for the song "Hip Hop". 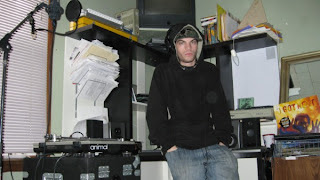 Favorite Album Cover/s: Wow, that’s so tough. I used to love to look at Midnight Marauders because of all of the faces on the cover. I’d try to figure out who was who. I'm sure I’m not the only one who’s a fan of that cover. I literally used to look at it for hours on end. It was before the internet when finding a photo of a rapper was actually hard to do. But I think my favorite album cover is the first Gravediggaz. I love black and white photos and that one really set the mood for the entire album, which is one of my favorites. 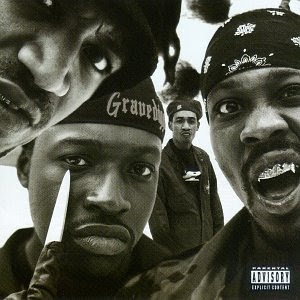 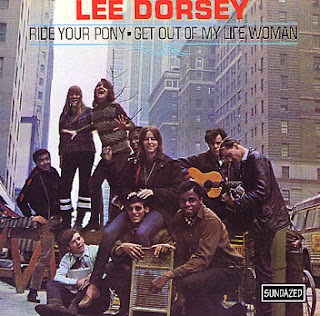 Total Records Owned: I have about 2500. I myself bought about 500. 300 of those are hip hop records, and the other 200 are for sampling. I'm lucky enough to have a father who’s a music lover. He lets me dig from his entire collection and I've found some gold in there. I had to swear not to ever scratch with them before I could use them. When I used to DJ in high school he never would let me touch his stuff, but now that I’m simply sampling from them, he doesn't mind.

Best Digging Story: One time when I was digging in my fathers’ collection I found a record my uncle had made in the 70's. I was just flipping through and one of the record covers was a picture of my uncle with a big seventies Jew fro playing the banjo. His name is Bob Green and he’s a well known blue grass musician. I knew he was well known but I didn't realize that he had ever put out any vinyl. When I listened to the record, I immediately found something to sample and made a beat with it. The beat is pretty hot, it's still sitting on my computer, and I'm going to use it for something in the future.

To learn more about Mr. Green, check out his personal MySpace page and his MySpace page with Pace Won.
Posted by DJ SORCE-1 at 9:38 AM

Labels: Can You Dig It?, Mr. Green, Pace Won