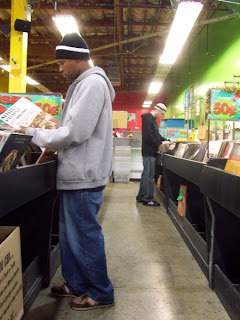 Claim to Fame: I’m down with The Citizenz and the Oakland Faders collective. My former weekly residency in San Francisco called The Money$hot that was named one of the top 5 hip hop parties by URB magazine. I’ve done some pretty well-received mix tapes, including Blendapella with DJ Platurn; and I’ve also been on wax twice now with a third release coming soon. 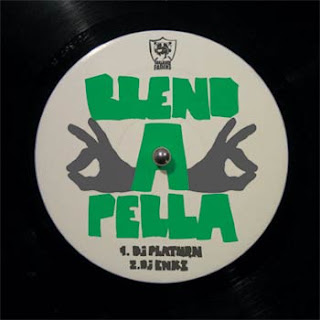 Representing: Oakland, CA by way of Connecticut with a four year stopover in Greensboro, NC for college,

Years in the Game: About 14 give or take.

Best Digging City: As far as big cities goes, I've had the best luck in San Francisco, though I also did nicely in Greensboro. But the real action is away from the big cities and in those little outlying towns. Cities make obvious targets, but if you venture out, you can really expand your horizons. Anytime I go to a different city, I make time to go digging, and I particularly like to get to those little towns away from the action. You can just hit up any Goodwill, flea market, or thrift store. There's no guarantee of success, of course, but it can be very rewarding to flip through a bunch of Lawrence Welk records and find a gem in the middle of nowhere. 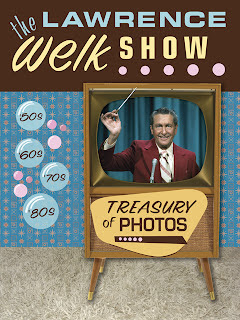 Most Prized Piece of Wax: Man, that's a tough one to call because a lot of my records are prized to me for many different reasons. I'm a huge X-Clan fan, and I have a bunch of X-Clan instrumentals on wax. They’re the actual show vinyl that the group used when they toured back in the day, so they're really rare records. Besides a few copies, these instrumentals don't exist. I got to open up for Brother J a few years ago, and I showed one of the records to him, and he kinda bugged out. He said he hadn't seen those records since Sugar Shaft passed (RIP) and was kind of stunned to see them again. That was pretty dope. 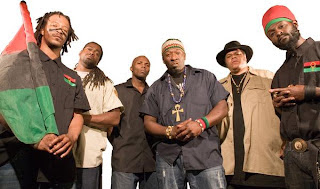 Favorite Album Cover/s: Now this is my stuff right here. I definitely appreciate a cover that can make me pause as I'm flipping through bins. Of course, the cover to Niagara's self-titled album is well-liked by anybody who's into tig ol' bitties. The cover for James Brown's Hell LP is really dope. It captures both the sense of the music and the sense of the era it's a product of. 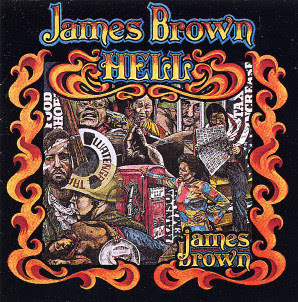 I really miss the days of creative covers for hip-hop 12”s. I always liked the cover for NWA's “Gangsta Gangsta” 12”, the art Doze did for Ice-T's “Lethal Weapon” 12” is really dope. 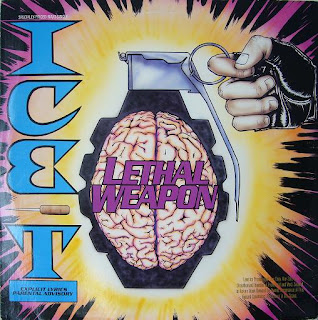 And, of course, the cover for PE's Nation of Millions is straight-up iconic. 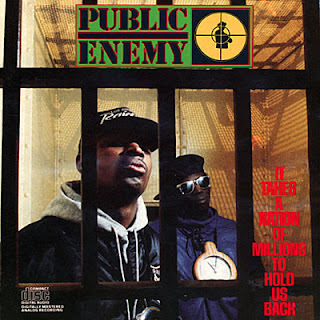 Dollar Bin Miracle: I don't have any stories about finding some uber-rare Holy Grail in the dollar bin (I'm hoping I will have one at some point), but I've found some pretty nice stuff in the dollar bins over the years. I’ve pulled hip hop stuff like the Eric B & Rakim’s “In the Ghetto” 12”, Freestyle Fellowship's Innercity Griots promo album, and the Saafir “Just Riden” 12”. I've found some disco stuff that I didn't really know about, but later found out was worth $20-$30. That's always fun. I always check the dollar bins because you never know what you're going to find in there. It's a good place to take chances because even if the record sucks, you're only out a buck. 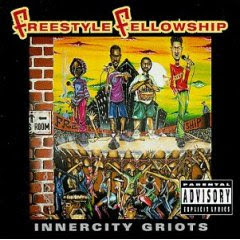 Total Records Owned: I'd say that overall my collection shrank over the past year, but I also think it got better. I'm probably at a little over 3500 at this point. Not very much for a DJ, I know, but there's very little filler in my collection, which I'm happy about. 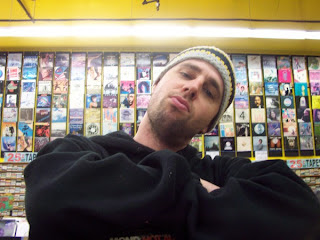 Best Digging Story: I'm sure this interview series is going to have a lot of “Check out this score!” stories, and we all love 'em, but I'm also very into the thrill of the chase. A lot of diggers develop a Spidey Sense for records, and it's always cool when your sense about a given day, town, or store gets proven right. I love those moments where you walk into a store and immediately feel like, “Oh, I'm gonna find something good today” and then you find good records.

Some of my favorite times digging have been just spending several hours in a new store, maybe with some homies, and seeing what pops up in uncharted territory. A couple years ago I was up in Lake Tahoe to do a gig with my homie DJ Platurn, and we spent the better part of an afternoon/evening upstairs in this one spot just having fun going through the records. Everything was $1, and we both came out with some good finds. I found a lot of breaks by late 1970s rock groups where the members looked rather androgynous, so we started joking about “androgynous breaks”. I had a great time, I came out with some quality records at a good price, and I learned about some new things. That, to me, is the beauty of digging, just as much as finding some super-obscure rarity. 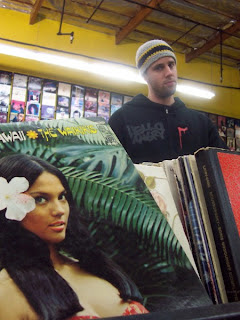 I also think it's funny when you find good records in incongruous places. I came up on some good funk LPs and disco 12”s at this very hoity-toity upscale record store in Westport, CT, which is an incredibly wealthy town. This store largely dealt with old jazz records and big-band stuff that you could reliably sell to a rich and undiscerning grandpa for $30 a pop. I went in wearing jeans and a hoodie and immediately felt like I was underdressed…at a record store! I was half-expecting a butler to come over and offer to hold the records I pulled out on a silver serving tray or something. So I do a quick scan of the store and figure that there's not going to be anything good, and even if there is, it's going to be appallingly overpriced. But apparently somebody had thrown in these funk and disco records with their jazz records when they sold off their collection, and the store owner was itching to unload them, so they were all $2.50. I think that counted as a dollar bin in this place, a 150 percent markup. I ended up buying a small stack, the crown jewel of which was probably the Pleasure “Glide” 12”, and as I walked out, I had to chuckle. There was such a disparity between the store's atmosphere and what I ended up getting. 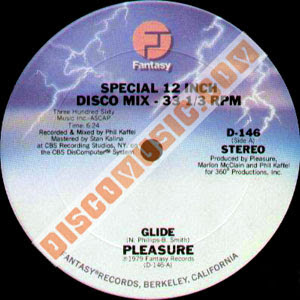 To find out more about DJ Enki, please visit his MySpace page and website.
Posted by DJ SORCE-1 at 1:20 PM

Labels: Can You Dig It?, DJ Enki, Interview