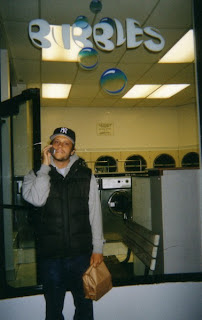 Claim to Fame: I would like to think that people know me for being a somewhat versatile DJ. Since I was a kid I've never really had an interest in only one specific type of music. While that may seem commonplace these days, it wasn't always like that for DJ's. I've been producing different types of records for almost a decade, including some hip hop stuff for friends of mine from back in the day like The Juggaknots and MF Grimm. I also produced some hip hop stuff early in the 00's. I started putting out some House stuff that not too many people have heard. That sort of led me to where I am now, which I think is kind of all over the place. I still make my living, for the most part, as a DJ. I guess I'm known for a few different things. 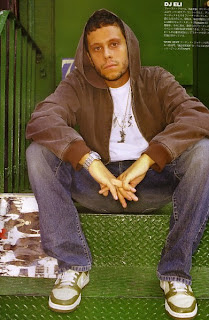 Years in the Game: I’ve been in the vinyl collecting game for almost 25 years. I started buying records very early; I would say age 6 or 7. Around my way we had the Wiz on 96th Street as well as two Spanish record stores that sold some English language music. When hip hop started to get really big with "Roxanne Roxanne" and "Sucker MC's", I was going to these stores and buying 12 inches with money I would make from selling my toys in front of my building. At the same time I was really into groups like Duran Duran and all that new wave stuff, so I was getting all that shit. As far as DJing goes, I got my first set of real turntables in '93. 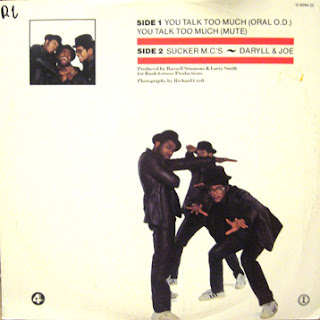 Best Digging City or Town: Overall I'm pretty sure you can't beat New York due to our history. With all the clubs, radio, and the amount of influential DJ's, there are just so many records floating around. I guess when you talk about the best digging spots; it all depends on what you're after. I will say that one of the most fruitful digging sessions I've ever had was in Rotterdam at this place Demon Fuzz. I went out there to DJ and they paid me like 1500 euros and put me up in a hotel across the street from that store. Needless to say, I came home without a dime. They had crazy 12 inches I never even knew existed like "Fame" by David Bowie. I'm not a big 45 guy, but I got this one 45 there by The Voices of East Harlem called "Right On Be Free" which is one of my favorite songs ever. That record is so ill! 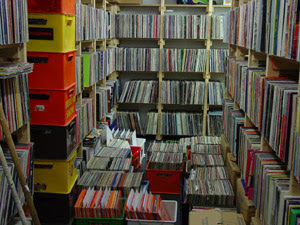 Most Prized Piece of Wax: I'm not really sure I have anything too staggering, but I would say my "Family Tree" 12 inch is one of my most prized pieces and of course my Funky Nassau record is crazy. 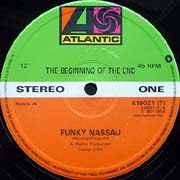 The "One More Try" 12 inch by Ashford and Simpson is amazing. If something ever happened to that, I'd commit suicide. 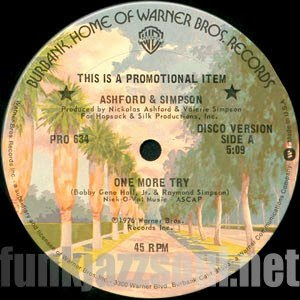 I'd also say the Someone Prayed for This album with "Stand on the Word" on it, but those are just rare records that I also really love. To be honest, I don't care so much about that stuff anymore. I cherish my Jungle Brothers and Public Enemy albums more than anything because I think it's the most incredible music made during my lifetime.

Favorite Album Cover/s: I love the cover of the "La Vie En Rose" 12 inch by Grace Jones, which is also the picture I use for my blog. 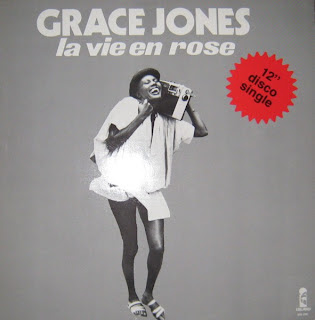 The "Broken English" 12 inch by Marianne Faithfull is so iconic, and the European pressing has a slightly different picture that I love a lot. 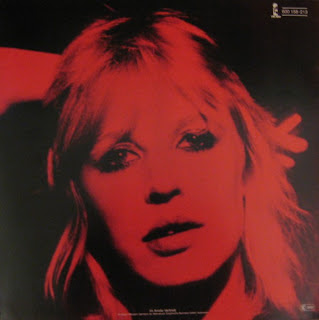 Dollar Bin Miracle: I have a lot of those. I found "Got You Dancin'" by Karisma at some Trip Hop store back in the 90's for 99 cents. 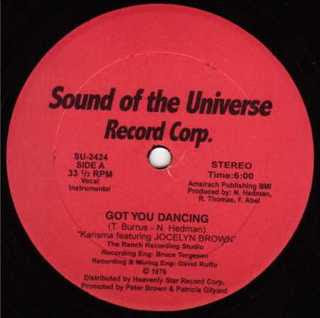 And the Eighties Ladies' "Turned On To You" for a buck. 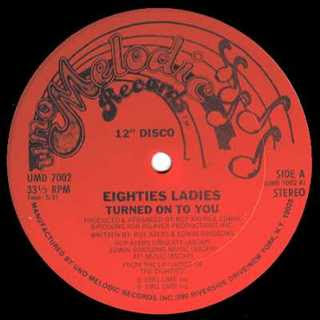 I also found the "Voices Inside My Head / When the World Is Running Down" 12 inch twice. That's a good record to have doubles of. 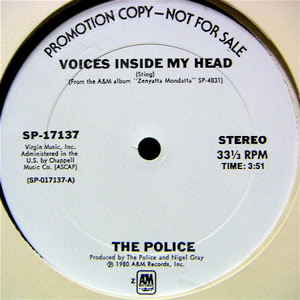 Total Records Owned: Not so many these days. I've sold mad shit, so I would say around 5 thousand now. I wanna have less, but I think I've got it down to the point where I couldn't bear to part with any of the ones left. 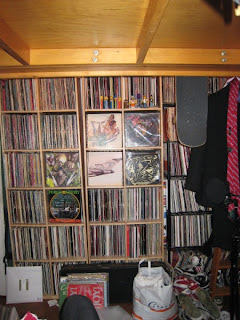 Best Digging Story: I wish I had some really funny and crazy story, but I don't think I do. I can say that I do remember the pre-Sound Library / A-1 days with a certain fondness. Those are great stores, I just feel like record digging lost some of its innocence when they came out. Back in school I became friends with J Zone, who was a very introverted and shy dude, which, if you're familiar with his records, might seem hard to imagine. He was definitely making the best beats out of everyone, so we hit it off. 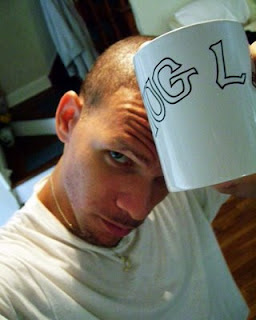 He put me up on this spot in White Plains that was only open for eight months, but it was amazing. We raped that place! It was some DJ who wanted to sell off his collection so he opened a store to get rid of it. And, if you can believe it, no one was ever in there. I think a good percentage of my early 90's hip hop collection is courtesy of that guy. Another great store form that era was this place Vinyl Solution in Port Chester. Vinyl Solution was literally a bunch of records lying on the floor for two dollars each no matter what it was. Oh man, I used to go nuts in there. I’d come out with black fingertips and shit. I liked stores like that back then. They didn't have obnoxious signs in front of the listening station warning you not to "touch the grooves" or whatever.

To find out more about Eli Escobar, check out his MySpace and his Outside Broadcast blog.
Posted by DJ SORCE-1 at 10:36 AM

Labels: Can You Dig It?, DJ Eli, Interview

cool interview. Good stories about what it is like to be a dj.

ha! dude is king of the understatement. i like where he's all "oh i don't have anything that spectacular" into "I would kill myself if anything happened to that one" good interview.

its a shame this kid was decent hip hop dj producer and now spins gay electronic disco with stretch in the village. I been there to check it out and all I saw nothing but loads of faggot trust fund hipsters wearing trendy neon pink tshirts under suit jackets looking like they mess their hair up on purpose.

went from eli to esco's trash

I got news for you fam. Eli can still spin hip hop, he has just branched out into different genres of music.

How can you hate on a DJ who does that? When you spin the same kind of music night after night, week after week, year after year, you tend to want to take a break and try something new. The man is still a talent as well as a wealth of knowledge about all sorts of music.

Why do people on the internet always have to be so god dammned negetive? Let Eli do his thing, who cares if hipsters come through and dance to his shit? Respect the work he has put in for bringing different kinds of music to the masses.

I understand the point you're trying to make and get where you're coming from, but dude is far from trash as a DJ and that's a fact.

Tragic- why the negativity? I don't know where you're from but get your geography right. Eli and I were djing on Stanton Street, which is the L.E.S., far from the Village, which doesn't even have clubs. Eli and I were playing dance music, something we have both been into since the 80's. It just happened to be that I did a hip-hop show on the radio, having no idea when I started it that it would have any lasting impression on anyone. Eli came up through that show, but always had a thirst for all kinds of music as well. Maybe you love hip-hop now, but I'm not that into these days. Maybe that will change, but as long as the hip-hop world is filled with small-minded, biggoted and hostile people like you, I'm glad I'm not in the thick of it any longer. I think Bobbito feels the same way, though I can't speak for him. I can't wait for you to eat your words when you hear Eli's remix of Kanye's "Barry Bonds" which I hear Kanye loves.

Big ups to Stretch Armstrong for coming through. So crazy...Never thought I'd have people like Stretch reading my shit.

The Architect Davey B said...

Spot in White Plains only open for 8 months with no one ever in it? Sounds like DJ Quicks spot on white plains rd circa 97-98 haha... rarely saw anyone in there buying vinyl but i know dude used to throw illegal parties in the basement all the time

Ha!! yes that spot in White Plains was great while it lasted... A LOT of his vinyl was water damaged, but i still came out with TON of shit to fill in gaps in my late 80s/early 90s hip hop collection..

also vinyl solution was great.. the blad head cat used to hold hip hop promos for me back in 93.. was my spot for YEARS.. sad to see it close down..