There are some people that have a knack for always being able to make me laugh. Michael Showalter is one of those people. Between The State, Stella, and Wet Hot American Summer, his humor has been an important part of my life. Luckily for me, Michael is the second cast member of The State to agree to be interviewed by me for Heavy In The Streets. 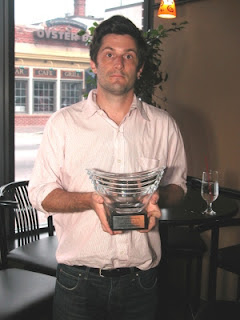 Take a minute to find out where the idea for Doug from The State came from, the challenges of making Stella, and what kind of zombie purist Michael considers himself to be. Please welcome Michael Showalter as the second installment in the Heavy In The Streets interview series with The State.

DJ Sorce-1: Where did you get the idea for Doug from The State?

Michael Showalter: Where I went to high school in Princeton, NJ all the cool dudes used to "dip" tobacco. It made them talk funny. I was on the tennis team my sophomore year and played doubles against upper-classmen. They both dipped and were really preppy and "dude-like." I hit a drop shot and they were too lazy to run for it. One kid, Evan, said in a total Doug voice, "Yer pretty cute, Showalter." Doug is a less preppy homage to those dudes. Plus, my Dad is really cool. It's hard to rebel when your parents are cool.

DJ Sorce-1: Are you ever surprised that the members of The State still collaborate on projects regularly?

Michael Showalter: Not at all. We're all on the same page comedically. We speak the same language. We're like family. It's easy to work together because there's so much history there. Let me think of some more clichés: a stitch in time... 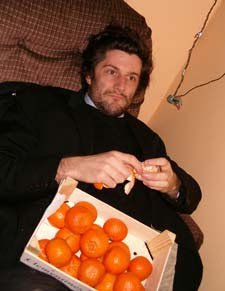 DJ Sorce-1: What mistake did you make during your career that you have learned the most from?

Michael Showalter: In the last season of The State we dissed MTV. I regret that. You should never bite the hand that feeds you. 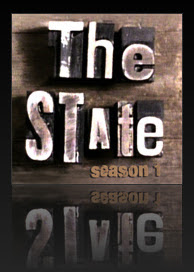 DJ Sorce-1: I read on your blog that you consider yourself a zombie "purist". I'm gonna test you on that. I too consider myself a zombie purist. Name your picks for favorite, most underrated, and worst zombie flick.

Michael Showalter: I'm only a purist in that I believe zombies should not have any intelligence. I'm no expert on zombie movies though. I do love zombies though. My favorite zombies, some of them aren't even really zombies, like the orcs in Lord Of The Rings. Those fuckers are brilliant. 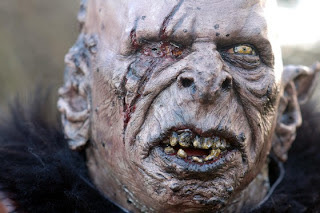 DJ Sorce-1: Do you ever get burned out on doing comedy and find it hard to come up with ideas?

Michael Showalter: Sure. All the time. 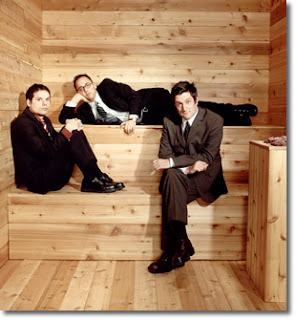 DJ Sorce-1: What comedian has had the biggest impact on your career?

Michael Showalter: Probably Woody Allen or Steve Martin. I think the British Office is the greatest single comedic achievement ever. For that reason Ricky Gervais has become a God to me.

DJ Sorce-1: Talk about the differences in doing Stella as a live show and television show. Did you like one better than the other? 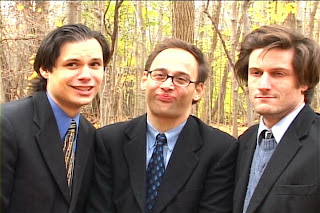 Michael Showalter: The TV show was a lot of work. We shot each episode like a film. We worked long hours. It was the summer. We were overworked, hot and tired. No one was watching the show. I'm very, very proud of the result but the process wasn't a ton of fun.

DJ Sorce-1: You were recently on the cover of Re-Up magazine with the puppet from Masta Ace's "Me and The Biz" video. Talk about how that has positively effected your street cred.

Michael Showalter: To the best of my knowledge it hasn't.

DJ Sorce-1: Do you think I'll be able to get the other nine members of The State to do interviews with me?

DJ Sorce-1: Tell us what new projects you are currently working on.

Michael Showalter: Michael Black and I just did a pilot on Comedy Central called Michael Ian Black Doesn't Understand. He's the star of the show. I'm his little fuck boy. We co-created and co-produced the show together. I'm excited about it. I'm recording a comedy album this summer, touring, making some episodes of Showalter Showalter for College humor and doing a few other bigger things. I like to keep a tight lip about stuff. Don't wanna be the boy who cried wolf.

To learn more about Michael Showalter, please visit his website by clicking here.

To read his hilarious Thanksgiving recipes on his blog, click here.

Cutlery Barn Skit from The State