Can You Dig It? is a new interview series I’m experimenting with. The series will feature interviews with DJ’s, producers, and other folks about weird and memorable experiences they’ve had while digging (record hunting). If you are a DJ, producer, or record collector with a great story that you’d like to share, please drop me a line at gsorcinelli@gmail.com.

For my first entry in the series, I am proud to present Sloppy White. 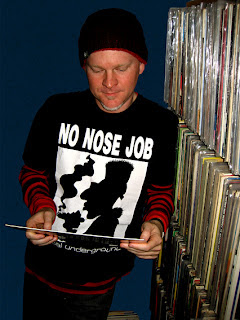 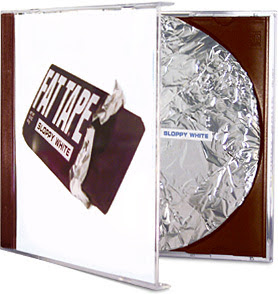 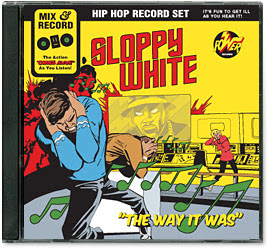 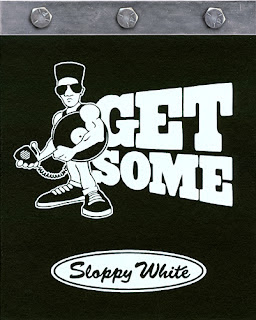 Years in the Game: I’ve been DJing since around ’92, but I’ve been collecting records since college, around the late 80’s. That’s not counting the shit I had growing up as a kid. I’d visit record stores and go pick up the popular hip hop records of the day when I was younger. I didn’t think about collecting or have a need to go out every weekend to dig until later.

Best Digging City or Town: The spots are kind of few and far between right now. It seems like a lot of places have dried up. When I moved up to Chicago from Alabama in the mid 90’s there were mom and pop places all around the city that you could go to and find tons of good shit. There were old warehouses that would get a weird variety of things ranging from punk rock to hip hop to jazz and soul. It was fun digging, and you would come across lots of gems. There were a lot of good scores for one or two bucks. Sometimes they would actually put sealed records together and you could buy them in bulk for five bucks or a two for one kind of a deal.

Those places have pretty much gone out of business with the music revolution that started here and when eBay first popped up. Now people want to see what kind of profit they can make on their own instead of dumping their records off in some warehouse or at Goodwill. The majority of my digging days are kind of behind me. I’ll still go out occasionally and visit some record spots here in Chicago. There are a couple of places that are decent, but they’re not nearly as great as they used to be. If there’s something that I’m really looking for I hit up eBay or GEMM and throw down the money if I want it badly enough.

Most Prized Piece of Wax: When I first started getting into digging culture I was really into Gil Scott-Heron. I always tried to track down his stuff. I went to college at Auburn University, which is outside a small town in Montgomery, Alabama. The biggest metropolitan area close to that was Atlanta, which had some decent record stores. I got the numbers of all the record stores over there and I would call them every two weeks to see what Gil Scott-Heron records they would have in. Sometimes they wouldn’t have any in and sometimes it would just be the Bluebird Revolution Will Not Be Televised reissue. I kept calling throughout they year, and I slowly started to get all of his records together. Even though they aren’t the rarest by any means, having all of his records is a special thing for me. In terms of hip hop, I would probably say my Ruthless Rod and M.C. Dollar Bill E.P. is my prize record. They’re an old school group out of Chicago. I used two cuts off of the E.P. on my second mix CD, “The Way It Was”. 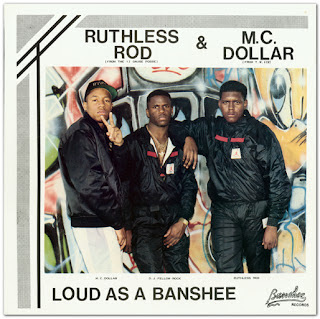 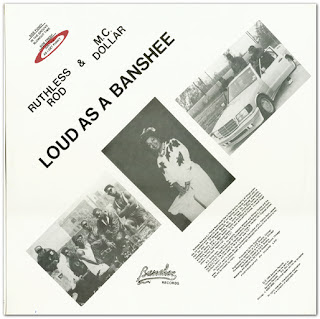 Total Records Owned: Hmm, I don’t know. The size of a record collection isn’t as important as the quality. I’m sure you’ve heard other people say that too. Records can overcome your life if you’re not careful. I’d say I have four or five big tall record shelves, but I really haven’t gone through and counted.

Best Digging Story: I used to work at a record store in Chicago called Reckless Records. There are a lot of music celebrities that come through the city, and some of them would come in and buy records. One day Fred Schneider from the B-52’s came in. I think he was in town recording a record with Steven Albini. This was sometime in the mid to late 90’s. He had spent an hour or so in the store looking through all the soul and funk records. Apparently he collects that stuff. The week before our manager had gotten on us for letting people use our bathroom in the store. I think someone had made a huge mess, so we were supposed to keep it closed off to customers. Fred Schneider, who had just spent over an hour in the store, asked if he could use the bathroom to take a leak. I told him that he couldn’t use the restroom, but that there was one across the street at KFC. I wasn’t even thinking that I should make an exception for him because of who he was. At the time I was working with Steve Albini’s girlfriend, and Fred was staying with them, and here I was giving him the cold shoulder. Not really intentionally, I was just following my bosses orders. In the end he had to go across to the KFC and buy a fucking biscuit just to use their restroom. 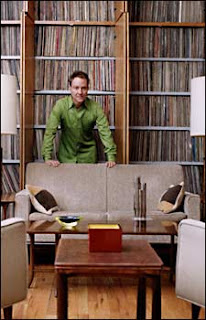 Fred Schneider standing in front of his record collection.

My second story took place about seven years ago. I was digging in a warehouse on the south-west side of Chicago. As I was looking through some records I came across a copy of a Barry White’s I’ve Got So Much to Give. The cover is a picture of him holding a bunch of chicks in his hand. I didn’t have the album yet, and I knew the guy I was getting the records from would cut me a deal if I bought bulk. If I bought in bulk from him it would usually equal out to fifty cents per record, so I was like, “Fuck it, I’ll pick this up.” 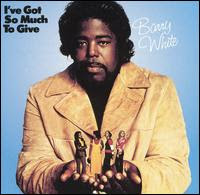 I started to pull out the record to see what the condition was, and as I pulled it out two things popped out. One was a little piece of paper that had a phone number on it. The other thing was an old, unused condom. It looked like it was from the seventies because of the weird artwork on the wrapper of two people holding hands. I picked it up, and it was kind of crunchy, so I didn’t try to use it that night or anything. It’s funny because that’s what people often think of when they think of Barry White. The Barry White record must not have worked. Maybe some dude was gonna take it over to his lady’s place and never made it over there. I don’t know. I just busted out laughing when it happened.

To purchase some of Sloppy's mix tapes and learn more about him, please visit his website by clicking here.
Posted by DJ SORCE-1 at 2:34 PM

Labels: Can You Dig It?, Interview, Sloppy White

Great interview, Sorce. I really like your TSS features, didn't even know about this site.

Wow!!!!!! The age of the Rap music culture vultures has blossomed the way the vultures of Blues/Rock-n-Roll did 60 years ago... priceless!!! bradley.chattablogs.com/archives/024524.html